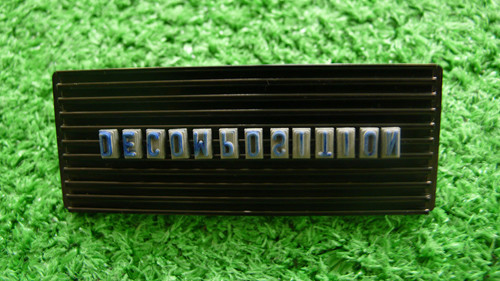 A city forgets but an archive grows. In March 2009, the Raqs Media Collective's time in Hong Kong spent in the shadow of the vanished walls of Kowloon Walled City and between the shelves of Asia Art Archive. The transience of this sojourn inaugurated new strands in the collective's investigations into the memory and amnesia, persistence and erasure, of streets, walls and documents.

In conclusion of their residency at the archive, Raqs Media Collective presented the results of their foray into Hong Kong in the form of a lecture performance titled 'As Transient as a Whale', with images, research notes, film fragments and stories of lost whales and found objects.

The lecture performance annotates an in-situ installation at Asia Art Archive titled Decomposition. The installation, which uses found poetry and accidental discoveries in the Archive, is a playful gesture of appreciation of the labour of the archivist.