With remarkable auction results and lively gallery districts, the 2000s is often considered to be a time when the Mainland Chinese contemporary art market blossomed. This presentation outlines the commercial aspect of contemporary art in Mainland China in the decade before this: the 1990s. Fieldwork and documentary materials show that the market was emerging in the 1990s. Although some institutions, like galleries or auction houses, were already present, there was uncertainty about how they should function. Roles of various actors, such as gallerists, art critics, and curators, were not clearly delineated. Commercial behaviour was experimental. The presentation zooms in on two Sungari exhibitions/auctions that were dedicated to Chinese contemporary art in 1996 and 1997. The presentation positions these two experimental events in the context of the contemporary art world in China at the time, and explains why Sungari contemporary art exhibitions/auctions were discontinued. These events are an example of a failed market experiment, which are characteristic of emerging fields.

Moderator: Jane DeBevoise, Chair of the Board of Directors of Asia Art Archive

Svetlana Kharchenkova is an assistant professor of sociology of modern China at Leiden University. Her research bridges contemporary China studies with economic and cultural sociology. In particular, she studies Chinese creative industries and cultural markets from a global perspective. Svetlana Kharchenkova received her PhD in sociology at the Amsterdam Institute for Social Science Research, University of Amsterdam. Her research on the development of the Chinese contemporary art market has been published in the China Quarterly, Socio-Economic Review, and Poetics: Journal of Empirical Research on Culture, the Media and the Arts, among others. The prevailing visual culture of the Mao era highlighted collectivism in both content and form, and harshly repressed individual subjectivity. Yet Li Zhensheng, the photographer known for his visual documentation of the Cultural Revolution (1966­–76), preserved an extensive collection of his own photographic self-portraits generated over almost a quarter of a century, from the late 1950s to the early 1980s. With more than 1,600 self-portraits, he provides us with insight into his life and personality. In a way, this body of work could be perceived as a counternarrative to Mao’s visual prescription. What drove the photographer to turn the camera lens toward himself? What do these images tell us about Li as an individual and the socio-political history he lived through? How does this body of work relate to modern and contemporary Chinese art? In the talk, Li Shi will share with us her research on Li Zhensheng’s self-portraiture. She will contextualise it within China’s art history during and after the Mao era, and offer her analysis and interpretation. She will also speak about her experience getting access to the archive of private museums in China to conduct research, with its potential challenges and promises.

Born in 1940, Li Zhensheng passed away in June this year.

Li Shi received her PhD in mass communication at Indiana University Bloomington. She is currently an Assistant Professor at Southern Illinois University Edwardsville. Her essay on the rise of citizen photojournalism during the April Fifth Movement, published in Visual Communication Quarterly, was nominated for Outstanding Journal Article of the Year at the 2013 International Communication Association (Journalism Studies Division). Her 2018 publication in Asian Journal of Communication focuses on Chinese photojournalism reform in the 1980s, and her study on Chinese photography’s interaction and engagement with the West during the first decade of the reform era will be published in Media History in 2020. The project on Li Zhensheng’s self-portraiture represents her first attempt to bridge art history and media studies within her scholarly work. 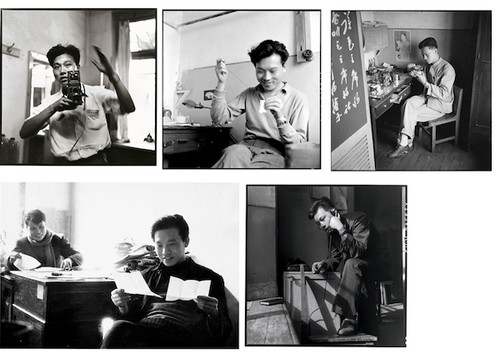 Image: Collage of Li Zhensheng’s self-portraits made at his office at the Heilongjiang Daily. Courtesy of Li Shi.

While American futurologist Alvin Toffler’s book The Third Wave fuelled the craze for manufacturing automation in post-Mao China, Zhao Ziyang’s 1983 talk “New Technology Revolution” endorsed the country’s transition into a knowledge-intensive society. In response to the imagination of a coming information society where humans and machines become increasingly interconnected, the reconfiguration of socialist bodies became a popular subject matter in Chinese experimental art. This study draws attention to the new mode of body aesthetics in the early paintings by Pond Society members Zhang Peili and Song Ling. By critically examining their peculiar rendering of machine-like young professionals, bodybuilders, and medical devices, Huang analyses how the elimination of heroic proletarian bodies in their paintings signals the reconstruction of socialist subjectivity enabled by an increasingly automated production mode. Bringing together the history of Chinese experimental art and the intellectual discourses of the 1980s, this study illuminates the social and political connotation of these paintings while rethinking the politics of the “human” in an emergent technocratic society. She argues that Zhang and Song’s remodelling of socialist bodies not only collided with the proliferation of humanity studies during the New Enlightenment Movement, but also unveiled a revived mania for human engineering in post-revolutionary China.

Linda Huang is a doctoral student in Art History at the Ohio State University. Her research interests include post-humanism, socialist history of technology, new media, body politics, and the aesthetics of labour. Her dissertation project, “Re-imagining Post-socialist Corporeality: Technology, Body, and Nation in Post-Mao Chinese Art,” addresses how the fantasies of information during the post-Mao 1980s affected the development of Chinese media art. 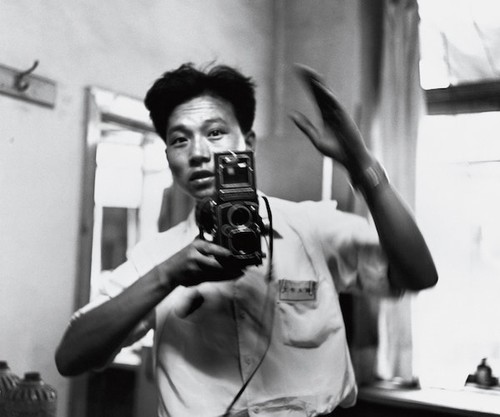 Innovation and Failure in Art Markets: The Case of Sungari Exhibitions-cum-Auctions in 1990s Beijing

Rethinking “Human”: Pond Society, Automation Fever, and the Disappearance of the Laboring Body