The Artist Friendship Association of Asia has become exclusively for Japanese artists from this year, making this exhibition a joint exhibition of four art associations from Taiwan, Korea, Hong Kong and Japan.

With plates of works, a work list, a list of members, and a chronology and regulation of the Association. All texts in Japanese only.
Title type 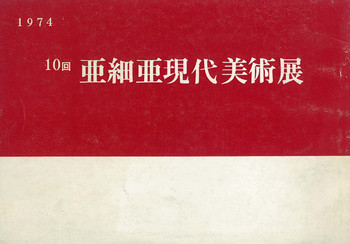