Featuring Sun Xun, the Best Young Artist of 2010 Chinese Contemporary Art Awards (CCAA), this book gathers the artist's significant series of animations - including Heroes no longer (2008), New China (2008), Coal Spell (2008) and 21G (2010) -, plus a wide range of examples from his work spanning from 2004 to 2010, ranging from utopia in the day (2004), to Requiem (2007) and Clown's Revolution (2010), to name but a few. Also featured are his murals, ink paintings, installations as well as the multiple mixed-media works, often touching on China's political and historical issues as his films do. Mingling real images and ink paintings while minimising the use of modern technologies, Sun Xun's animation films redefine 'cinema' in the new media age.

Including Chris Dercon and James Elaine's texts, artist's notes, interview concerning New China, and essay by Zhu Haijian, this catalogue accompanies the 2010 CCAA, which highlights and appreciates talents of Chinese artists and critics, as well as their contributions to the Chinese contemporary culture since its establishment in 1997. 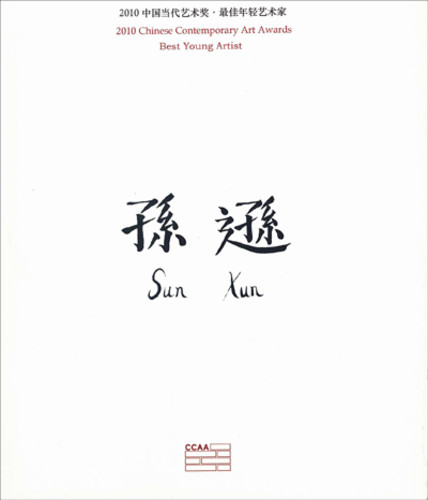