This book offers a survey of Chinese art from 1989 to 1992. 'The year 1989 witnessed the course of the development of Chinese modern art making a sudden turn. This is not only because the holding of Chinese Modern Art Exhibition [also called 'China/Avant-garde'] became the symbol of conclusion, causing the "85 New Wave Art" to enter into a boisterous "Last Supper" after a certain period of development; but also because the fluctuations and changes in the situation of that year greatly affected the value judgement of the artists. The objective reality after 1989 also helped to suppress the "avant garde consciousness" which has been inflating uncontrollably, or rather, which has been becoming more and more artificial. Coincidentally, simultaneous with the loss of its stage, modern Chinese art was faced with the time for self-reorientation.' — Nan Sha 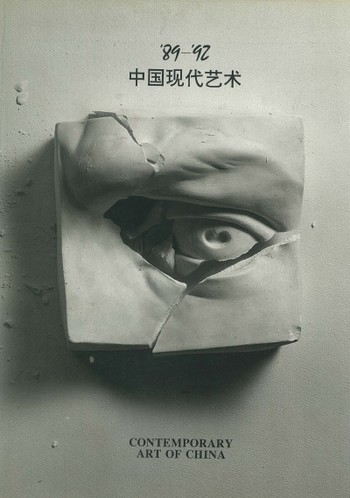