This is a collection of previously published essays on modern and contemporary Thai art by noted art historian, critic, and curator Apinan Poshyananda. In them, he discusses Thai art in the context of modernism and post-modernism; neo-traditional revivalism in paintings by Thawan Duchanee, Chalermchai Kositpipat, and Panya Vijinthanasan; and the social and political turmoil leading up to events as the Black May Massacre in 1991 and coup détat in 2006 reflected in works by Vasan Sitthiket and Manit Sriwanichpoom. Topics such as the marginalisation of female artists, Buddhist influences on art, the new internationalism and positioning of Thai artists, and artistic censorship are also addressed in the articles.

With foreword by Benedict Anderson and introduction by John Clark. Bibliography provided.

Asian Definitions of Modernity in Art: Relativization of Styles in Thai Art

The Development of Contemporary Art of Thailand: Traditionalism in Reverse

Confess and Conceal: The Art of Camouflage and Exposure

THAI-TANIC: Thai Art in the Age of Constraint and Coercion (Part I)

Harmony and Hysteria through the Eye of FBI (Female Body Inspector)

THAI-TANIC: Thai Art in the Age of Constraint and Coercion (Part 2) 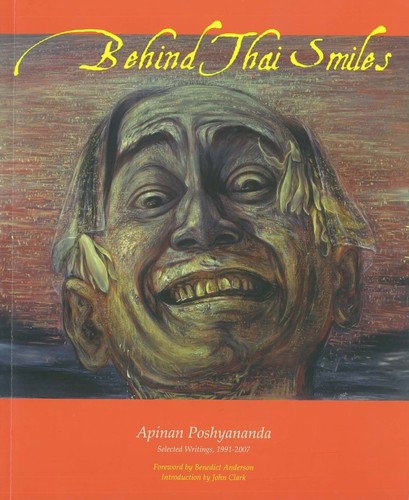