'This book marks a new, original and authoritative re-examination of a major turning point in late twentieth-century art. Since the mid 1960s Conceptual art - an art that consists of ideas, written down, enacted or simply carried in your head - has directly challenged the very notion that a work of art is by definition an object of visual pleasure. Conceptual art is first and foremost an art of questions. As this book demonstrates, Conceptual art continues today to raise fundamental questions not only about the definition of art itself but about politics, the media and society.

'Conceptual art, since its zenith from 1966 to 1972, has influenced not only all subsequent art but made a major contribution to the history of ideas. It, in turn, drew much of its inspiration from the writings of thinkers ranging from the philosopher Ludwig Wittgenstein to the playwright Samuel Beckett. For the first time, excerpts from these key influential writings are included alongside the major original texts by artists, critics, curators and art historians. 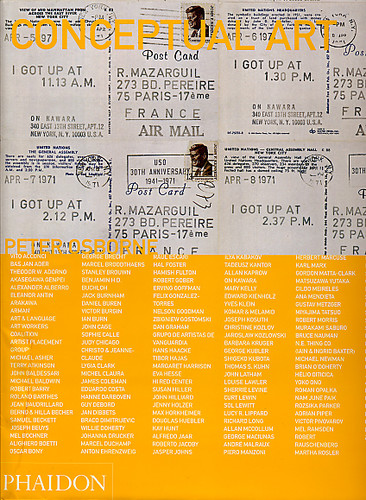