'In 1953, Cambodia became an independent nation state after ninety years of French Protectorate rule. During the late Protectorate and in the two decades following independence, an emerging urban elite undertook the task of conceiving, defining, and building a "modern Khmer culture". The impulse for creating these new forms stemmed both from a specific will to define an independent nation, as well as from broader regional movements towards modernisation and development. Whether consciously or not, most of the work produced during this period took up questions of how to create forms that would be recognised as both Cambodian and modern. In other words, for example how to create a contemporary architecture which incorporated ideas of international modernism while still keeping a local specificity, or how to take forms established elsewhere - such as the novel or cinema - and produce these forms as part of Cambodian culture. The efforts and innovations of this period were cut off by the encroaching war of the early 1970s and the subsequent rise to power of the Khmer Rouge regime.

Today, traces of the work produced during the period just before and after independence remain scattered, while only some participants from the time survive. Through our book publication, and the exhibition that accompanies it, we hope to document and present some of the ways in which new forms of Cambodian art developed during the 1950s and 1960s. We try to uncover the historical events and the processes of thinking which motivated the creation of these forms.'- Excerpted from the Introduction. 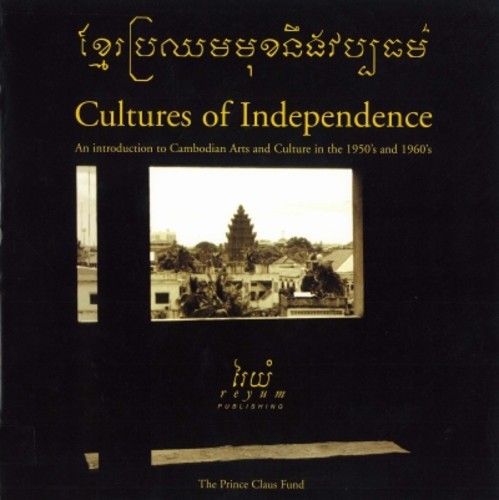