This is a set of 30 photographs printed on canvas with 2 copies of the Model Release Form. This set of materials should be viewed with the book in the same title stored in the open shelves at MON.ITJ.

The FREESOULS project is a work of photography at the limits of copyright law. In 2007 Japanese venture capitalist and photographer (and now CEO of Creative Commons) Joichi Ito began a mission to capture portraits and release them under a free license: an artistic endeavor with an activist agenda. These 296 photographs make up a portrait of a free culture community, while the essays, by some of the leading theorists of the movement, advance strong statements at the intersection of art and commerce, theory and law. FREESOULS has been independently published as an artist's book in two limited editions.
Access level 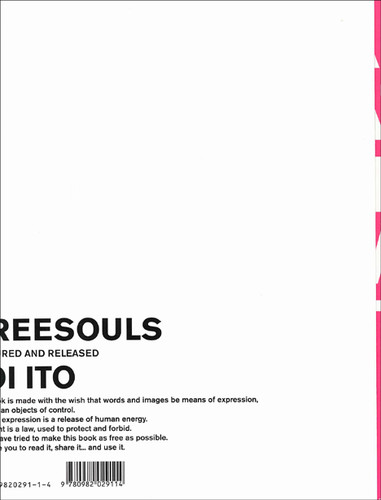