This catalogue accompanied the group exhibition of the same title organised by the National Museum of Art, Osaka in 2010. The exhibition focused on new figurative paintings from the previous decade to showcase the vibrant activities of a younger generation of Japanese artists, including those who are often referred to as the Zero Generation. With the recognition that the flourishing of figurative painting, which started in the mid-90s, exhibits both 'a seismic shift in Japanese contemporary art unlike anything in the past and a sense of liberation at being freed from the limiting context of Western art history', this exhibition presented some 200 recent or new works by 28 artists. Curatorial introduction by Atsuhiko Shima.  With the artists' biographies, a chronology of Japanese art from 1995 to 2009, and the list of works. 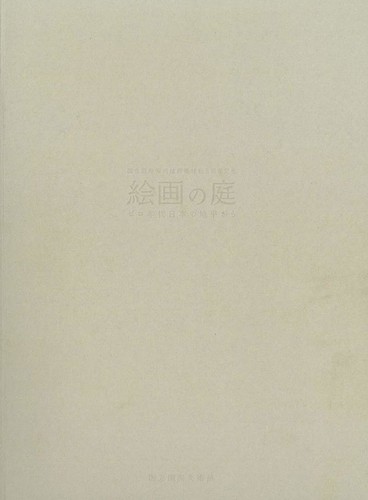