Momentous change—political, economic, and social—has swept through the Chinese world in the late twentieth century. Rapid modernisation, changing political realities, and conflicting global, ethnic, and local identities are transforming centuries-old visual traditions and the cultural assumptions behind them. 'Inside Out: New Chinese Art' is the first major international exhibition to explore the impact of this upheaval on artists in China, Hong Kong and Taiwan, and on those who left the region in the late 1980s. 'Inside Out' includes works in such cutting-edge media as installation, video, and performance art as well as the more traditional materials of oils and ink. The pieces are unique and varied, but each incorporates the themes of a culture in transition. Nine accompanying essays by eminent scholars and leading curators of both Chinese and Western art investigate Chinese art's critical position in the global arena and the ongoing influence of its rich heritage.

Chapter headings
Toward a Transnational Modernity: An Overview of Inside Out: New Chinese Art - GAO Minglu, 高名潞
Across Trans-Chinese Landscapes: Reflections on Contemporary Chinese Cultures - LEE Oufan Leo, 李歐梵
The Post-Ideological Avant-Garde - Norman BRYSON
Ruins; Fragmentation; and the Chinese Modern/Postmodern - WU Hung, 巫鴻
Beyond the Middle Kingdom - CHANG Tsongzung Johnson, 張頌仁
From Elite to Small Man: The Many Faces of a Transitional Avant-Garde in Mainland China - GAO Minglu, 高名潞
Striving for a Cultural Identity in the Maze of Power Struggles: A Brief Introduction to the Development of the Contemporary Art of Taiwan - Victoria LU, 陸蓉之
Found in Transit: Hong Kong Art in a Time of Change - David CLARKE, 祈大衛
Strategies of Survival in the Third Space: A Conversation on the Situation of Overseas Chinese Artists in the 1990s - HOU Hanru, 侯瀚如

Inside Out: New Chinese Art, 蜕變突破：華人新藝術 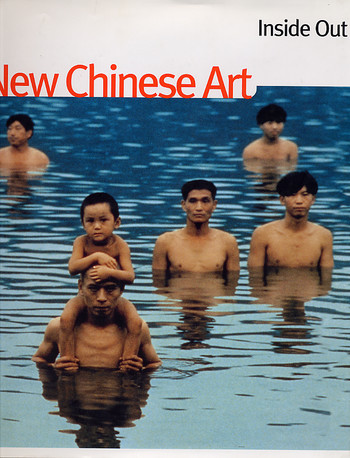