This is the monograph of Hong Kong young artist Tsang Kin-wah. Featured in this publication is his graduation work entitled "Interior" at the Camberwell College of Arts, The London Institute, London, including the working process and an essay on the work.
"Combining the foul language (text) with [William] Morris' floral pattern (images) and arranging the text in the form of flowers and plants, which are swirling and running throughout the space, helps to link up their organic force that underneath both Nature and human on one hand, and, on the other, creates different layers of interpretation in which image is the embellishment, the surface while text (foul language) and the emotions attached are the latent and the fundamental. These shouts present in the space but they only appear and exist in one's mind after being discovered and realised."
An artist’s biography is also included.
Access level

Chapter headings
Image, Text and Foul Language - Some Notes on the Work 'Interior' 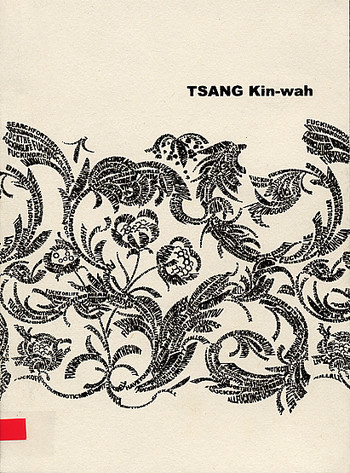