Reflex is a book that charts the alternative incarnations of the Japanese psyche as seen through the eyes of a new generation of Japanese contemporary artists, illustrators and photographers. All the work that is contained within this volume is produced by Japanese artists, both established and amateur, whose work represents a new mode of thinking about what it means to be Japanese in today's global village... each contributor to Reflex has been chosen for the way in which their work reveals a different dimension to the Japanese self that has hitherto remained hidden from the West...' - taken from the Introduction.

The artworks have been divided into 6 sections, each section has a short introduction. The titles of the sections are as follows: 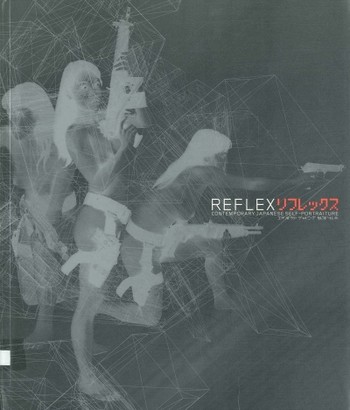