This book was published in conjunction with the photography exhibition 'Soul Stealer' at m97 Gallery, Shanghai in 2008. It features a four-part series of portraits and landscapes by Zeng Han and Yang Changhong exploring the theatrical and spiritual connection of modern and traditional role play between characters in ancient Chinese operas and those of global popular culture. The title 'Soul Stealer' also relates to the belief that the act of photographing captures or manipulates souls. The series includes Landplay (from Anshun, Guizhou Province), Cosplay (Shenzhen), Mulian Opera (Shaoyang, Hunan Province), and World of Warcraft (Chongqing). Artists' biographies included.
Alternative title 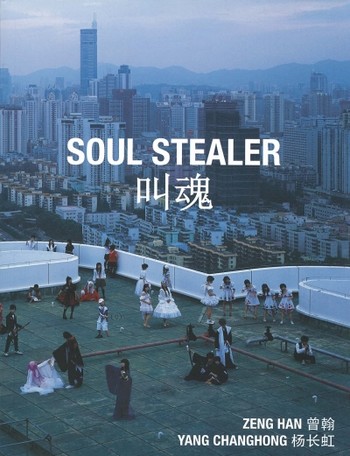