'Little magazines made modernism a global phenomenon... By investigating the global and transnational itineraries of the little-magazine form, Bulson uncovers a worldwide network that influenced the development of literature and criticism in Africa, the West Indies, the Pacific Rim, and South America. In addition to identifying how these circulations and exchanges worked, Bulson also addresses equally formative moments of disconnection and immobility. British and American writers who fled to Europe to escape Anglo-American provincialism, refugees from fascism, wandering surrealists, and displaced communists all contributed to the proliferation of print. Yet the little magazine was equally crucial to literary production and consumption in the postcolonial world, where it helped connect newly independent African nations. Bulson concludes with reflections on the digitization of these defunct little magazines and what it means for our ongoing desire to understand modernism's global dimensions in the past and its digital afterlife.' - from cover. 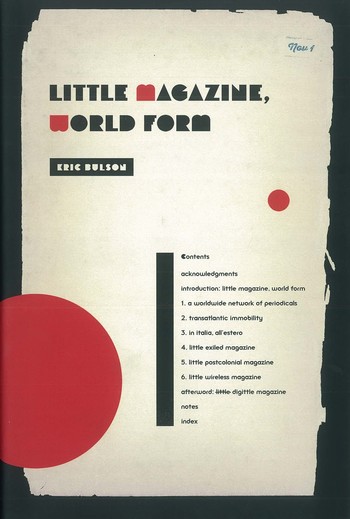 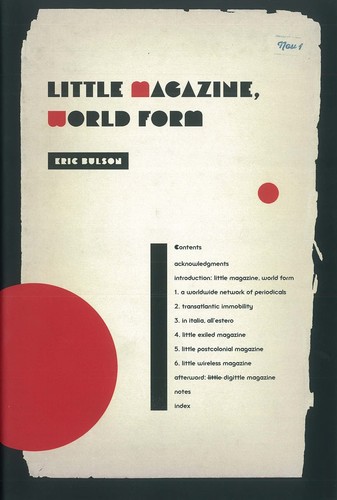