This catalogue accompanied the group exhibition of Japanese art at the Art Gallery of New South Wales, Sydney, in July and August 1998. Included in the catalogue are artists' biography, contributors' profile, glossary, chronology, catalogue list, and bibliography.

'"Modern Boy, Modern Girl" examines the dynamic urban culture of early twentieth century Japan. Through paintings, posters, magazines and photographs, a fascinating and unfamiliar period of Japanese culture is presented for the first time in English.
Individualism and self-expression were the aspirations of the mobo moga (modern boys, modern girls)who epitomized this new culture. Mobo was the modern boy who carried Western novels and attended a Schubert concert or an Ibsen play in preference to Kabuki theatre. Moga was the Japanese flapper who wore the latest European fashion and met her friends at an Art Deco style cafe in the Ginza.

Japanese and non-Japanese experts have contributed to the sections and essays that comprise this volume. The first section, The Lure of the City, presents an overview of the period, demonstrating the lively innovation of the time, its theatres, its cafes and its new department stores. Other sections focus specifically on the art of the period: The New Mainstream profiles the groups of artists and individuals who comprised an anti-establishment or establishment-in-waiting; The Avant-garde surveys cubism, expressionism and surrealism as practised in Japan; while When the Workers' Song Stopped examines the reality of workers' lives through proletarian art and posters.' - from book flap.

Chapter headings
Lure of the City

When the Workers' Song Stopped

Hanga - Images on the Plate

Imaging Calamity: Artists in the Capital after the Great Kanto Earthquake

The Non-Continuity of the Avant-garde: Kishida Ryusei, Murayama Tomoyoshi and Ono Tadashige 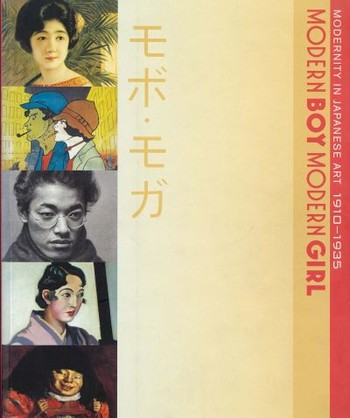 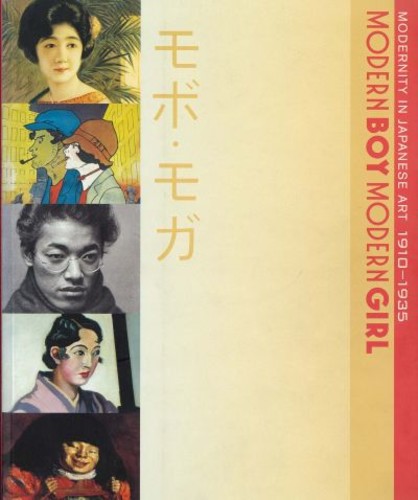