'The term "otaku" generally refers to persons who lose themselves in manga, anime, computer games and other cartoon character media. The closest English equivalent is "nerd". The stereotypical otaku can be either pudgy or lanky, but wholly unconcerned with fashion or personal appearance. Moreover, in Japan at least, there is even a common image of the "otaku room": a cockpit surrounded by computers, video equipment and electronic gadgets, with manga magazines, videotapes and other software in piles everywhere within hand's reach by the bed. As with fashion, they are said to take no interest in decor or aesthetics, so the term "otaku" includes an image of a spatial condition that is now transforming the city itself. This otaku space has its origins in the otaku room.'

This is the catalogue of the Japan Pavilion at the 9th International Architecture Exhibition held in Venice in September 2004, looking at the impact of the otaku in the urban planning and cultural atmosphere in Japan. The accompanying essays provide an in-depth study of the phenomenon from various perspectives. The participating parties: Kenzo TANGE (Architect), Toshio OKADA (Author), and KAIYODO (Model production house).

The catalogue comes with a hand-painted snap-fit figurine. Please seek assistance from AAA staff shoudl you wish to view the figurine. 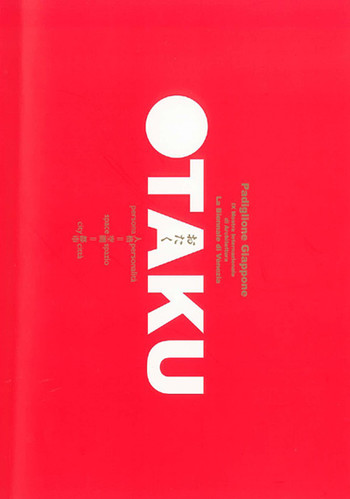 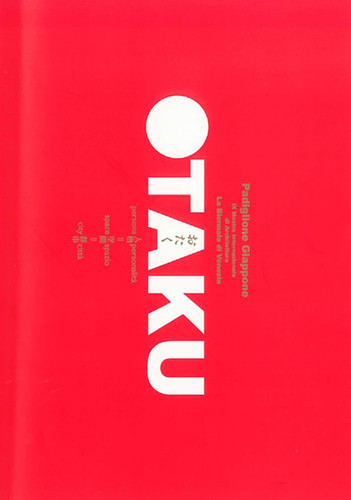 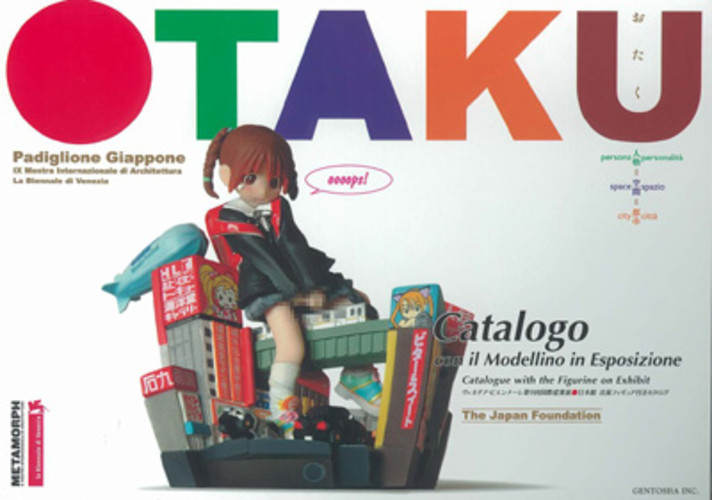