More than two hundred artists from forty-one countries took part in the 2004 Gwangju Biennale. The exhibition introduced a new selection method: a Viewer-Participant system. Under the system, viewers were invited to participate as producers of art rather than traditional consumers of art. The methodology took viewer opinions into account, thereby democratizing art's operating practices, and also expanded the artistic canon, redefining while broadening its parameters.  See the separate catalogue 2004 Gwangju Biennale.

The catalogue includes prefaces by honorary chairman Kwangtae Park and chairman Pochun Kim and lists the board and staff of the 2004 Gwangju Biennale.  The bulk of the catalogue is text (in Korean) and images on individual works and selected artists.   English translations are only provided for essays on Site 2-4.

A Grain of Dust A Drop of Water, 먼지한톨 물한방울

The Thunderous Noise and the Whirlwind

From Memory to Imagination

A Travel Together to the Origin

The Possibility of Collaboration 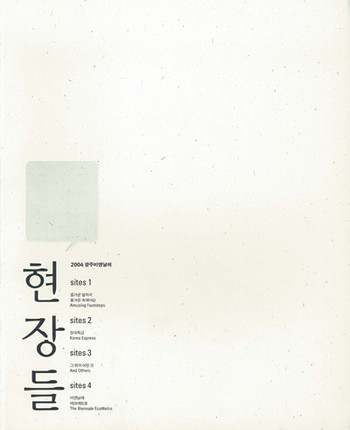 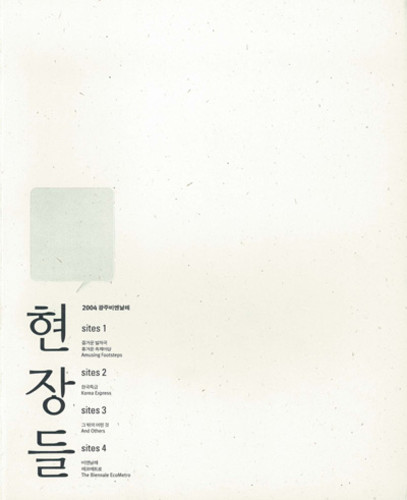