This publication is an artist commission by Insa Art Space of the Arts Council Korea for the project, 'Dongducheon: A Walk to Remember, A Walk to Envision'. The project is organized by IAS for 'Museum as HUB', an inter-institutional network and partnership initiative conceived by New Museum of Contemporary Art, New York. The project is presented at the New Museum in New York from May 8, 2008 through July 6, 2008 and from July 16, 2008 to August 24, 2008 at IAS, Seoul.

'The complex and contradictory national characteristics of modern Korea are condensed in the region of Dongducheon, the subject of Insa Art Space’s 'Museum as Hub' presentation on the topic of neighborhood. With a population of 88,000 people, Dongducheon is a small city located between Seoul and the Demilitarized Zone (DMZ). Because of its geographical conditions, surrounded by a wall of mountains and a stream running right through the middle of the city, Dongducheon has been a crucial military base of the Japanese imperial army and then the US armed forces stationed in Korea over the last century. Dongducheon has evolved through a long historical process and its history is full of conflicts and regrets, prosperity and downfall, despair and hope. What is crucial in these histories is the motivation and awareness of the issues by local residents who believe in the significance of these memories, histories, and narratives as something worthy of representation and documentation.

Insa Art Space has commissioned Sangdon Kim, Koh Seung Wook, Rho Jae Oon, and siren eun young jung to work on projects about Dongducheon and to participate as members of a collective team, along with project commentators, designers, local activists, and IAS to realize this project. For the team, the Dongducheon project is an act of rousing consciousness in individuals as subjects and social beings through encounters, dialogue, and participatory activities. Theirs is an active process of intervention, documentation, and evolution that is open to various methods and strategies.' - Heejin Kim 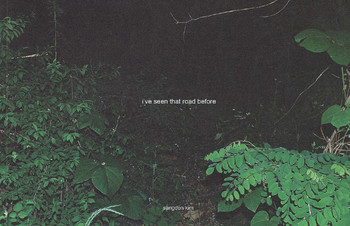