The Chabet Archive | Covering Fifty Years of the Artist’s Materials

Initiated in 2008, this project compiled and digitised primary materials on the renowned Filipino artist, teacher, and curator Roberto Chabet (b. 1937), as one of multiple entry points into the complicated discourse of modernity and contemporaneity in the Philippines. The material in The Chabet Archive includes Chabet's personal photographs of his work, letters, writings and exhibition notes, clippings from various books, newspapers and magazines, and invitations from the 1960s to the present, donated by Chabet himself, other artists, institutions, galleries, collectors, and friends of the artist. It also includes material on the first year of the Cultural Center of the Philippines, where Chabet was the founding museum director, the Thirteen Artists, which he initiated in 1970, as well as rare documents on Shop 6, a group of conceptual artists in the 1970s led by Chabet. Several generations of Filipino artists, many of whom were students of Chabet at the University of the Philippines College of Fine Arts, are also part of the collection.

The digital files are accessible through AAA's Collection Online and are also available to local researchers in the Philippines for consultation through the Lopez Memorial Museum.

Ringo Bunoan, Researcher for the Philippines

The Chabet Archive is a milestone project that has brought together and digitised over 8,000 documents covering over fifty years of work by the Philippines’ foremost conceptual artist Roberto Chabet. Including personal and unpublished photographs of works and exhibitions, from his earliest documented student work from 1959 to the recently concluded ‘Chabet: 50 Years’ series of exhibitions from 2011 – 2012, interviews, notes, letters, sketches, catalogues, brochures, invitations, videos, and clippings, the collection is an unprecedented mapping of the artist’s immense body of work and his unparalleled contributions to Philippine art.

Arguably the most influential Filipino artist of the postwar generation, Chabet plays a key role in the development of Philippine contemporary art. Through his expanded art practice as artist, teacher and curator, he has supported and nurtured the artistic development of several generations of Filipino artists, from his contemporaries in the 1960s and 70s to his numerous students at the University of the Philippines College of Fine Arts. Chabet curated and documented many of their exhibitions, which form a significant portion of the Archive. Their complicity and camaraderie are also seen through intimate photographs of their gatherings, letters, portraits, and tribute works.

The collaborative spirit in Chabet’s work is reflected in this Archive, which has been assembled not only from Chabet’s own records but also from the files of various artists, friends, galleries, museums, and other institutions, who have responded to a call for contributions of material related to Chabet. Their collective memory sheds light on an unwritten part of Philippine art history by providing the most comprehensive account on conceptual art in the country, which has been largely misrepresented due to the previous lack of research and access to information.

A few months after the project was launched in 2009, Typhoon Ketsana hit the Philippines. Roberto Chabet was among the hundreds of thousands who were severely affected by the massive floods in Manila. The typhoon left in its wake thousands of damaged undocumented artworks, books, files, objects, and other artifacts collected and kept by the artist in his studio. While we have saved and documented many works, a huge number are now irretrievably lost. The experience tragically highlights the importance of the archive as a way of preserving the invaluable ephemera of our culture.

Today, we still continue to enrich and add to this growing archive as more material are created and recovered.

The digitisation of The Chabet Archive has been made possible with the support of the Lopez Memorial Museum.

Roberto Chabet (b. 1937, Manila, Philippines) is known for his conceptual works, ranging from paintings, drawings, collages, readymades, and installations made out of mostly ordinary and found material. Breaking away from the rigid formalisms of Modernism in the 1960s, Chabet insists on a more inclusive approach to art, a search for the sublime not just in abstract ideas but also in the immediacy of the everyday and the commonplace. His works expand the language of conceptual art, incorporating myth, memory, history, and personal allegories.

Chabet studied Architecture at the University of Sto. Tomas and graduated in 1961, the year he held his first solo exhibition at Luz Gallery. He is the founding Museum Director of the Cultural Center of the Philippines (CCP) where he initiated the ‘Thirteen Artists’ in 1970, an award that supports young artists whose works show “recentness and a turning away from the past”. After his brief tenure at the CCP, Chabet led the seminal alternative artist group Shop 6, and taught for over thirty years at the University of the Philippines College of Fine Arts and at key artist-run spaces in Manila. Since the 1970s, Chabet has been curating exhibitions of experimental, vanguard works by young and emerging Filipino artists. He is the recipient of the JD Rockefeller III Fund Grant (1967- 1968), the Republic Cultural Heritage Award (1972), the Araw ng Maynila Award for the Visual Arts (1972), and the CCP Centennial Award of Honors for the Arts (1998). 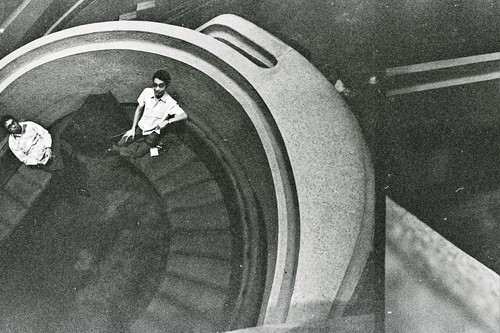 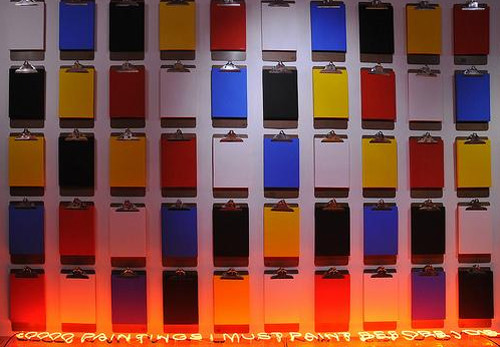 The Chabet Archive | A Conversation
Programmes

The Chabet Archive | A Conversation