Köken Ergun | After the Archive?

What is the role of artists in shaping discussions about archives related to civil society? In this talk, artist Köken Ergun discusses the urgency of archives in public memory, especially in times of crisis.

Ergun is part a group of artists who initiated After the Archive?, an Istanbul-based, artist-run initiative. In 2016, they began researching the archives of newspapers under threat of closure by the government in Turkey. Since then, the initiative has organised talks and workshops with people and institutions that build archives about cultural heritage, LGBTI+ communities, as well as displaced and disappeared people, among others—including the Centre for Asia Minor Studies, which focuses on oral histories of Greek Orthodox communities who were displaced from Asia Minor in the 1920s, as well as the Truth Justice Memory Center, an NGO that documents data about forced disappearances in Turkey’s recent history. Ergun will also discuss situations that resist archives, such as the impossibility of archiving during times of ethnic cleansing, or the problematics of global seed archives collected and controlled by certain countries.

The event is free and open to the public. 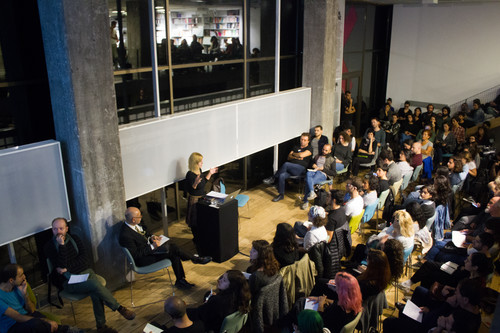 Köken Ergun is a filmmaker and video artist based in Istanbul. Having studied acting at Istanbul University, Ergun completed his postgraduate studies in ancient Greek literature at King’s College London and in performance studies at Freie Universität Berlin. His multi-channel video installations have been exhibited internationally, including at documenta, Palais de Tokyo, Stedelijk Museum Bureau Amsterdam, Kiasma, Digital Art Lab Tel Aviv, Casino Luxembourg, Garage Museum Moscow, Artspace Sydney, Para Site, SALT, and Kunsthalle Winterthur. His film works have received several awards at film festivals including the “Tiger Award for Short Film” at the 2007 Rotterdam Film Festival and the “Special Mention Prize” at the 2013 Berlinale. Ergun’s works are included in public collections such as the Centre Pompidou, the National Museum of Contemporary Art (Athens), and the Kadist Foundation.