This November Asia Art Archive (AAA) presents its Annual Fundraiser with an auction of over 70 works of art generously donated by artists, collectors, and galleries across the globe. In partnership with Christie’s Hong Kong, a preview of the artworks will be open to the public from 15–18 November. The artworks will be available for bidding online from 7–19 November. The Annual Fundraiser is the most important source of funding for AAA’s work as an independent non-profit organisation with a mission to collect, create, and share knowledge around recent art in Asia.

In a rapidly evolving cultural landscape, AAA has taken steps to develop a strategy to ensure that the oganisation remain relevant in the field of art, motivating focused investment in a number of key areas to create maximum impact. As part of the strategy, AAA has embarked on a project to revamp its digital infrastructure to increase global access to AAA’s content with a more user-friendly system. The new website to be launched in early 2017 will offer dynamic user experiences, and provide content that sheds light on opinions, new research, and findings on recent art, as well as share resources for educators and students. AAA has also updated its mission statement and will be rolling out a refreshed brand towards the end of the year with a new logo and visual identity fully incorporated into the new website.

AAA is also distilling priorities for research and programmes to focus on key areas of concern that address gaps in art history. These include developing a more generous approach to art history through the lens of art writing, exhibitions, and pedagogy; looking at ideas that connect us beyond national borders; considering how tradition enriches contemporary expression; and investigating marginalised art practices and practitioners such as performance art and women. A pioneer of performance art in Hong Kong, and one of the earliest Chinese contemporary artists to explore the use of ink painting as a conceptual tool, Frog King incorporates ink along with other indigenous and natural elements, as both action and materials, in multi-media installations and performances. This diptych presents classic Frog King elements, and is notable for its humorous play on ‘T’, the configuration of the two canvases and a reference to tea, an imporant element in classic literati lifestyle.

AAA holds a selection of documentation that surveys Frog King’s artistic career from the 1960s to early 2000s. The late Guo Fengyi often reflected on her inner world of mystery, a journey that stemmed from her qigong practice. Accompanying her ever-deepening study into the philosophies of mysticism, she began to have powerful visions, which she felt compelled to give form through drawing. With no predetermined visual images, Guo’s works constitute a form of release and remedy for the artist. Twisting and circuitous, her paintings serve as maps to another world—one that is not ordinarily in our common experience. Her drawings offer momentary glimpses to these secrets. 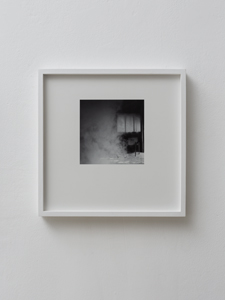 Shilpa Gupta’s work ranges from manipulated found objects to video, interactive computer-based installation, and performance. She is drawn to how objects, places, people, and experiences are defined, and inquires into how these definitions are played out by means of classification, restriction, censorship, and security. In this photograph, smoke hovers at the edges of tight definitions, be it those of the nation states or those internal to ourselves. It infiltrates domestic spaces and challenges a sense of clarity or uniformity—which remains distant. View her project for AAA’s 15 Invitations. A major figure in modernist Chinese painting, Liu Guosong was a founder of the Fifth Moon Group in Taiwan in 1957. He is known for blending traditional Chinese painting styles of the late Tang period and the monumental landscapes of the Song era with Abstract Expressionism. Liu was also particularly struck by the ‘Earthrise’ photograph, the first photograph of the Earth rising, and developed a series of paintings around the theme of space. For the artist, Chinese painters tended to depict panoramic landscapes from an elevated, transcendent perspective. Liu seeks not only to contemplate the boundless heavens, but also to reflect on the traditional Chinese philosophy of painting—specifically, the desire to transcend earthly and material existence. This artwork is an example of the artist’s lifelong innovations, which redefined the ink medium. Daido Moriyama has documented the dramatic transformation of post-war Japan, from the American military occupation of the country to the dissolution of traditional values, revealing the dark underside of urban Japanese life. He has sought out the hidden beauty of what is conventionally regarded as flawed, delving into the Japanese worldview of ‘wabi sabi’— beauty in imperfection. In this series, Moriyama expands on an earlier series of legs in fishnets, creating a collection of images at once erotic yet enigmatic in intent. Shot at close range, the legs lose their sense of proportion. Yet a second look reveals the curve of a thigh or the turn of the ankle, balancing hard abstraction with a stab of desire. Qiu Deshu is known for his breakthrough style of ‘fissuring’, in which he paints and tears xuan paper, rearranging and mounting the fragments on a base layer in cracked compositions. Qiu was part of a much larger artistic and literary current, the ‘Scar’ movement, which reflected on the turmoil of the Cultural Revolution in China. Instead of directly confronting experienced reality, however, Qiu often set out to hint at trauma through fractures and fissures, be it fissures in landscapes, rocks, trees—or as in this case, cracks in the expressionless mask.

From Walid Raad's project for AAA’s 15 Invitations, the ‘Notes’ series consists of Suha Traboulsi’s reproductions of canonical modern paintings by Arab artists. The reproductions were scattered among several of Ha Bik Chuen’s (1925–2009) collaged notebooks, and it has taken several years of archival research to reassemble some of Traboulsi’s paintings, including a piece derived from a work by Ramses Younan (1913–1966).

Samson Young
To Fanon (The Bell and the Nightingale)
2016
Pastel, colour pencil, photocopier prints, and mixed media on original composition manuscripts (ink on paper)
43 x 29 cm each
Donated by Experimenter and the artist 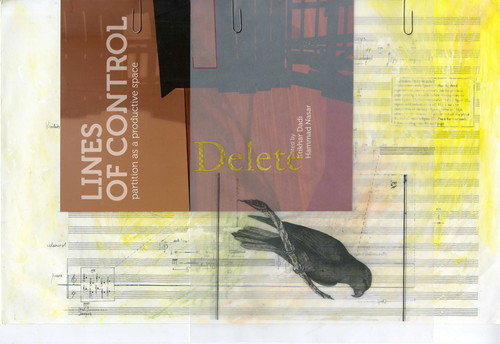 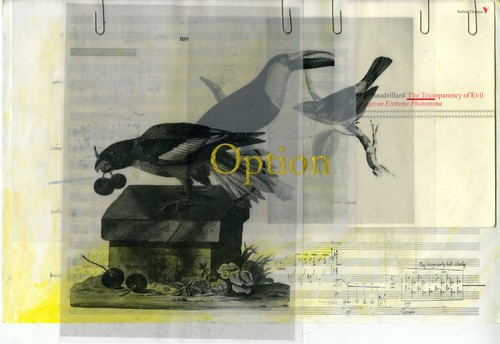 To represent Hong Kong at the Venice Biennale 2017, sound artist Samson Young’s multi-disciplinary practice contextualises political, communal, and representational structures. This work is part of a series on Frantz Fanon, the Martinique Afro-Caribbean philosopher, writer, and revoluntionary whose texts questioned and positioned orality as a function of domination and resistance. The artist re-appropriates, recycles, and ‘vandalises’ the hand-written manuscripts of his original musical compositions, by drawing, stamping, colouring, printing over, and covering them with mixed-media elements, rendering them unreadable as musical scores. Thus the artist provides a new lens into an appropriated reading of the visual and aural language represented by the altered drawings. View his project for AAA’s 15 Invitations.