The John Clark Archive contains 250 interviews with artists and art professionals from across Asia, ranging from 1981 to 2010. The personal nature of these conversations offer a unique set of art historical narratives, which are often missing from existing art writing and public records. The interviews were predominantly conducted by Clark himself—in Mandarin, Japanese, Thai, English, French, and Dutch—with the occasional participation of curator and art historian Thomas Berghuis. Most of the interviews are accompanied by transcripts, alongside Clark’s research notes, chronologies and bibliographies on Asian artists, as well as manuscripts and appendices of publications.

The archive’s arrangement attempts to reflect Clark’s own system of organising, as he often serialised his interviews into country-based and largely chronological volumes. Interviews in Volume I to IV were intended for Clark’s book Modern Asian Art (1998); while interviews in Volume V to X include artists he had exchanges with, or countries he visited in Volumes I to IV, and additional interviews conducted in Korea, the Philippines, Singapore, and Europe (hence the titles “Further Interviews”). While his selection of countries reflects his longstanding scholarship and research interests, it was also a personal choice: Clark is a polyglot who speaks English, Mandarin, Japanese, and Thai, and it is no coincidence that he made China, Taiwan, Japan, and Thailand the first four countries he visited. He conducted interviews with artists in their mother tongues, with hope of encouraging forthright exchanges and avoiding anything lost to translation as much as possible. The list of interviewees for each volume is available under the folder descriptions.

John Clark is currently Professor Emeritus in Art History at the University of Sydney, where he taught for twenty years. He is also active as a curator.

With support from Collections and Research Teams:

For details about the formation of the archives, please refer to the interviews below with John Clark in 2013 and 2014, conducted by AAA Researcher Michelle Wong.

Interview with John Clark by Michelle Wong on 22 May 2014 at Asia Art Archive, Hong Kong 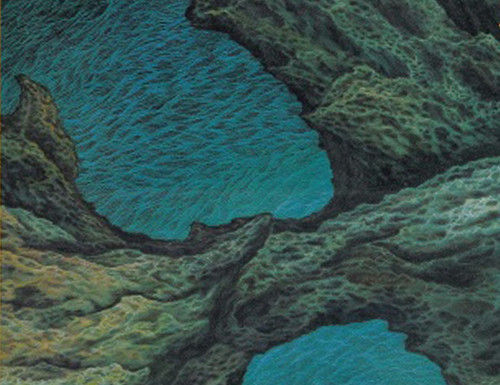