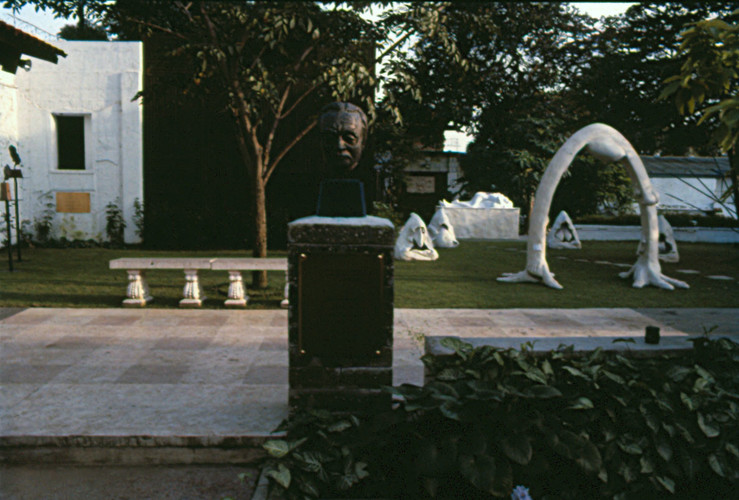 Photograph of sculptures by Agnes Arellano in the preview exhibition of The Pinaglabanan Galleries, curated by Roberto Chabet and Nilo Ilarde, in October 1984. In the center is the bronze bust of her father, architect Otilio A. Arellano.

The Pinaglabanan Galleries was founded by artist Agnes Arellano and Michael Adams to showcase and support young artists. Located in the property of the old Arellano residence, which burned down in 1981, it was built as a memorial to the family members who died in the fire. The property was converted to a spacious sculpture garden for the exhibition of outdoor works. There were also four indoor galleries for different artists to hold simultaneous solo shows.