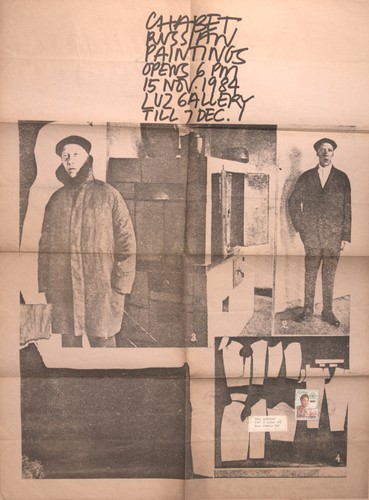 The exhibition features a set of five works, which are also referred to as Russian Paintings. It is the first in a series of works that utilised plywood as a material and subject for painting. Referring to the painting reliefs of Vladimir Tatlin and other works by the Russian Constructivists, the series featured raw, unpainted plywood cut in squares and strips, which were then arranged in a modular manner. The seemingly formal sequence and linearity are broken up by panels painted with a primary colour. Flatness is contrasted by lines of shelves that jut out from the wall, supported by metal brackets. Box-framed objects provide finer hints — a pocket atlas spread open to reveal areas around Egypt, Europe, and the Middle East, where Tatlin traveled to during his days as a sailor, and a small paper boat made from a map.