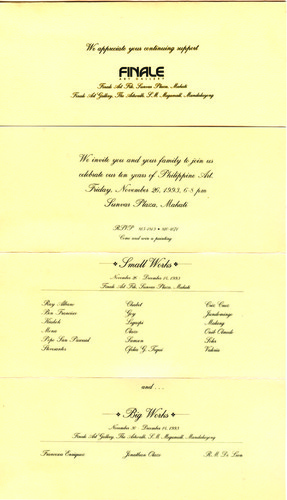 Invitation to the tenth anniversary exhibition of Finale Art File from 26 November to 14 December 1993.