This archive includes documents and ephemera collected by Rohtas Gallery I (1981–2004) in Islamabad, founded by architects Naeem Pasha (Islamabad) and Suhail Abbassi (Islamabad). Rohtas Gallery I held over 110 exhibitions co-curated by Naeem Pasha and artist-curator Salima Hashmi (Lahore), making it one of the key spaces of modern and contemporary art in Pakistan. The exhibitions were considered as gestures of resistance during Zia-ul-Haq’s authoritarian reign (1978–88). After 2004, the gallery held shows sporadically. In 2001, Salima Hashmi opened a counterpart gallery in Lahore and named it Art Shart (Later renamed Rohtas II).

Featured in this archive are leaflets, catalogues, and invitation cards pertaining to the exhibitions held at Rohtas Gallery I. Press release drafts, newspaper clippings, administrative documents, as well as the audio recording and transcript of an interview with Naeem Pasha are also included. 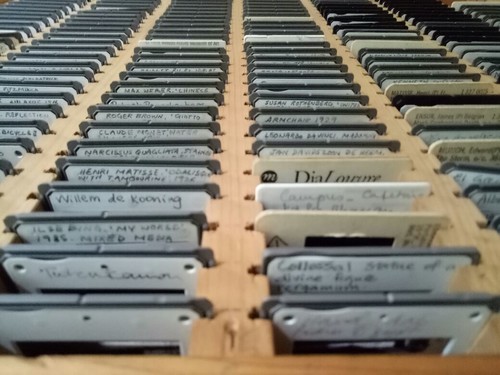