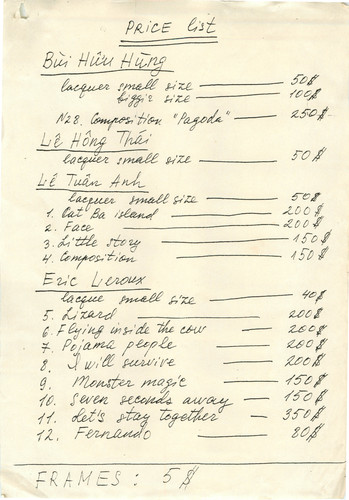 Price list of the artworks presented at ‘Medium-Lacquer . Size-Small’ in Salon Natasha.