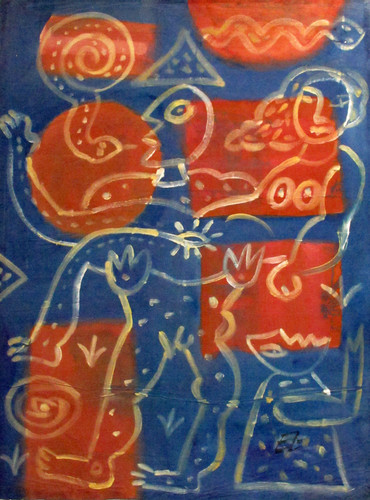 A painting by Eric Leroux exhibited at the artist's solo exhibition in Salon Natasha.
The exhibition was organised by Leroux himself, with Vu Dan Tan and Natasha Kraevskaia were prohibited to enter Vietnam after their trip to Russia and France out of visa problems.

Gouache on 'do' paper