This catalogue is published on the occasion of the exhibition Cai Jin: Eros in Red from 19 May to 4 June, 2005 at the Hanart TZ Gallery.

Cai Jin is attracted to the special beauty of life bordering on decay and physical corruption. In her Banana Plant series, sensuality and decay merge in a fetish like obsession with wilting banana plants. She has been invited to numerous international exhibitions including China's New Art: Post 1989 (1993, tour until 1997), Against the Tide (Bronx Museum, New York, 1997), Transience (Smart Museum, Chicago, 1999), The 1st Guangzhou Triennial (Guangdong Museum of Art, 2002) and the Lodz Biennial (Lodz, Poland, 2004).

Chapter headings
Unveiling of Her Self 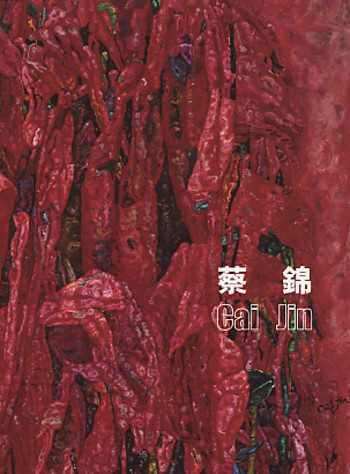