This catalogue was published on the occasion of the exhibition Cao Fei: Hip Hop, presented by Lombard-Freid Projects, New York and CourtYard Gallery, Beijing in 2006.

'Hip Hop New York was the third installment of a project that, along with the video and photo project COSPlayers, has come to represent the young Guangzhou-based artist's critical output. In Guangzhou, two years ago, she first shot construction workers and crossing guards on the city streets dancing to a simple Chinese hip hop tune. In Fukuoka, last September, she filmed Chinese immigrants dancing to a mix of Japanese hip hop and traditional rhythms. The resulting videos, in whcih the movements of these (Chinese) everypeople are paired with cutting-edge beats and spliced into sequences that Hans Ulrich Obrist has called evocative of "the early days of MTV" scream out for simple interpretation, and many critics and curators have responded in to the call. To some, they speak to the vicissitudes of a society undergoing rapid and drastic economic change. To others, they point to the absurdities created by the expansive influence of hegemonic American (nee African) pop-cultural influence in lands previously outside its grasp.' - extracted from article by Philip Tinari.

Artist biography is provided together with information about the particpating musicians.
Access level 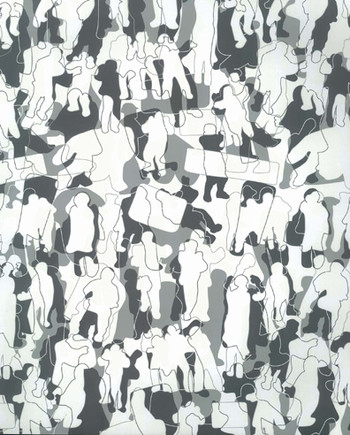 The Chinese artist discusses her Second Life project, her view on the virtual world, and her generation