'Starting in the mid-1960s, a group of Korean artists began to push paint, soak canvas, drag pencils, rip paper, and otherwise manipulate the materials of painting in ways that prompted critics to describe their actions as “methods” rather than artworks. A crucial artistic movement of twentieth-century Korea, Tansaekhwa (monochromatic painting) also became one of its most famous and successful. Promoted in Seoul, Tokyo, and Paris, Tansaekhwa grew to be the international face of contemporary Korean art and a cornerstone of contemporary Asian art.

In this full-color, richly illustrated account—the first of its kind in English—Joan Kee provides a fresh interpretation of the movement’s emergence and meaning that sheds new light on the history of abstraction, twentieth-century Asian art, and contemporary art in general. Combining close readings, archival research, and interviews with leading Tansaekhwa artists, Kee focuses on an essential but often overlooked dimension of the movement: how artists made a case for abstraction as a way for viewers to engage productively with the world and its systems. As Kee shows, artists such as Lee Ufan, Park Seobo, Kwon Young-woo, Yun Hyongkeun, and Ha Chonghyun urgently stressed certain fundamentals, recognizing that overwhelming forces such as decolonization, authoritarianism, and the rise of a new postwar internationalism could be approached through highly individual experiences that challenged viewers to consider how they understood their world rather than why.'

(back cover of the book) 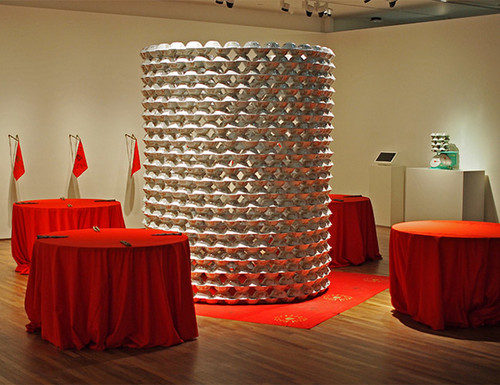 Off the Shelf | Artists Doing Pot: Ceramics and the Contemporary in East Asia