"From the end of the 1950s through the 1960s in Japan, there were new and revolutionary experiments in art that have completely undermined the traditional concept of art, the so called 'Anti-Art'. It was in correspondence with the international movements of the time, and it aimed at posing a question about the narrowness that traditional art has established, and to release art from such confine and set it free into real life and society.

'Anti-Art' demanded freedom from established concept of art, and it inevitably opened up a new possibility that everything can be art ('Pan-Art'). From there emerged happening by direct action, and on the other hand, with violently destructive and negative means like objects, the use of figurative image was salient, and possibility that works of art can convey direct message to everydayness and society was pursued.

The exhibition centers on the artists who emerged on the scenes during the transitional years in Japan around the 1960s, exploring the horizon and spirit that 'Anti-Art' has pioneered, and searches whether it is still active today." - excerpt from foreword

Includes some colour plates. Black and white plates accompanied by brief artist biographies. Chronology (in Japanese only) provided at the back. 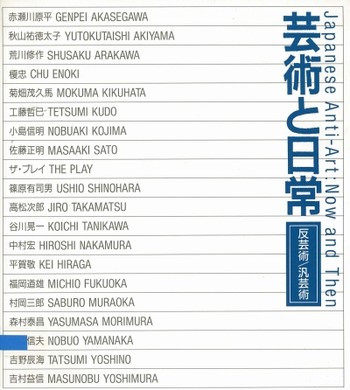 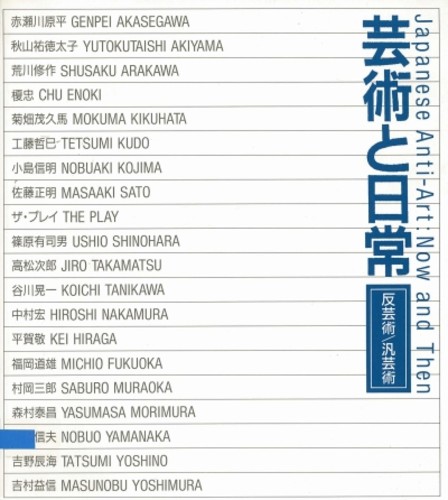