Just as Paper is the Money, the Gallery is the Room, 正如金錢不過紙造，展廳也就是幾間房

'Just as Money is the Paper, the Gallery is the Room takes as its point of departure artist organised exhibitions between 1979 and 2006 in Shanghai. Local and international artists have been invited to reexamine and respond to an archive of materials relating to such exhibitions. The archive takes a chronological approach, starting with the 12 Men Painting Exhibition that took place in 1979, and for the first time publicly showed different works by artists who did not belong to any artist association. Rather than institutions, artists were the sole aggregators of knowledge production through exhibition making in the early 20th century, and later during the early 80s—making these exhibitions an important vehicle, not only for making art public but as the only site of discourse due to the failure of institutions to do so. The artist initiated exhibitions represented in the archive were significant in introducing so called new art or new practices as well as new exhibition formats.

However, the role of artists as ‘curators’, in today’s terminology, has since more or less vanished from the scene due to the commercialisation of art practices, which in turn changed exhibition-making practices. Just as Money is the Paper, the Gallery is the Room thus attempts to re-activate this local knowledge and practice of artist-led exhibition making, hoping to bring together common threads from the larger context of exhibition making practices across the region, as well as globally, to explore exhibitions as an epistemological engine rather than strategized showcase events, and to re-think the rituals within the art system.' - excerpts from the press release of the exhibition.

Just as Money is the Paper, the Gallery is the Room

Just as Paper is the Money, the Gallery is the Room, 正如金錢不過紙造, 展廳也就是幾間房

Just as Money is the Paper, the Gallery is the Room 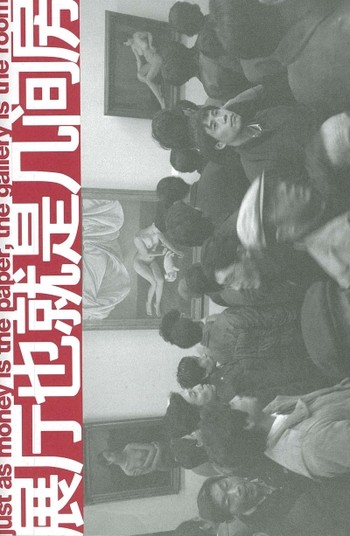 Just as Paper is the Money, the Gallery is the Room, 正如金錢不過紙造，展廳也就是幾間房 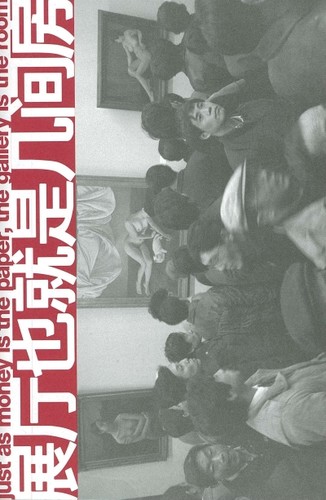