The catalogue is published on the occasion of the exhibition 'Minjung Kim: Traces' held at OCI Museum of Art in Seoul, Korea 2015. Artist Minjung Kim works on the contemporary interpretation of ink art and Korean calligraphy. Her most significant practice is using hanji (Korean mulberry paper) as her primary medium of work. This book consists of more than 30 pieces of collage works from her various series of work over the years.
'The exhibition Minjung Kim: Traces offers a series of highly selective hanji collage works of Minjung Kim. These are not merely a simple paper cut collage. The works involve superimposed layers of burnt hanji, either by incense or candle, to reduce the weight of the already thin, light sheet of paper. One cannot help but gaze at the work because the edges that appear like dots or lines at first glance are not done by ink. A closer observation reveals the subtly burnt edges of paper casting a brownish shadow. Instead of creating a stir in the pictorial plane with ornate, flashy forms, the solemn materiality is accentuated in an unpretentious manner. Minjung Kim has learned the calligraphy at an early age and studied Korean painting at college and graduate school. The series of works that employed the process of “burning” hanji began in 2002—more than a decade after she had settled in Italy. Sensing that the brush works on paper are too fragile, Kim began to adopt the gesture of mark making through an agency other than the artist’s hands. Burning, a collaborative process created by paper and fire, not only cleanses the secular pains and desire of life but also captures the artist’s breath in its entirety. Kim explains that the most important routine of burning hanji is to remain silent and to even one’s breath. Failing to do so would create uneven lines. To control the paper that flutters with a single exhale and to tend to the flame that could engulf the paper in an instant, means to control the faint movement of the almost visible waves of air.' (From Traces written by Sora Kim, Curator at  OCI Museum of Art)

With artist biography and bibliography.

The Gaze of Orpheus 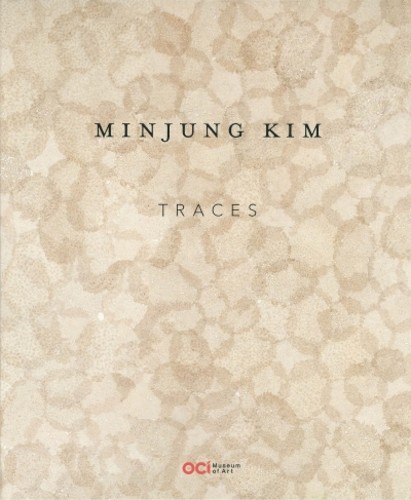