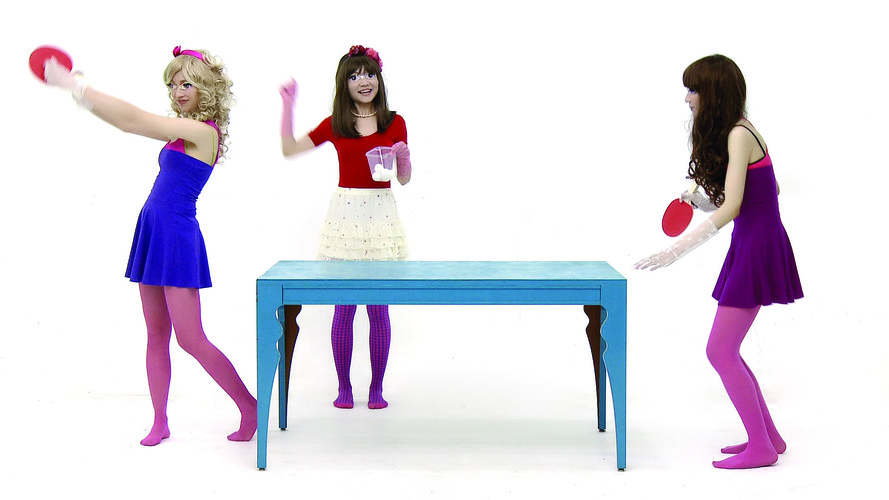 Excerpt from Inward Gazes: Documentaries of Chinese Performance Art 2012, The Macao Museum of Art, Macau S.A.R., 2012, p. 88: 'This time, I attempted to play a role that had a flamboyant and sweet look but was apparently 'blind-eyed'. Owing to the fact that she (the character) was unable to see, her body was under stress and acted with tension, which is expected when a person is wearing a blindfold. Yet, her blindness clearly exempted herself from certain demands on one's body and mind.

The blindfold was painted with huge eyes and the size of the eyes was so big that they were out of proportion on each character's face. With a blank and white background, it made an impression that the characters were not real people, creating fragments of a story with no clue as to where the story was going. The characters seemed to be relaxed and expressing nothing other than being pleasant. The feeling was so shallow that the real situation of a human being was disclosed and progressed continuously as the actions went on. Underneath were pressures deep in one's heart, with the tension and stress resulting from being 'blind-eyed' and the sweet looks and make-believe actions on the surface. We would then love to pretend to be one of the characters, to become another blind-eyed subject.'