This material was published in conjunction with the exhibition of the same title. Fire has played an important role in mythology and people’s life from the ancient time. As indicated in the foreword by the organizers, the exhibition pursued the variation of the works under a theme ‘fire,’ displayed by artists in three different countries: Japan, Korea and China. The different social and political conditions and governmental practices had varying effects on the art of those different countries. As Tanaka tells us in his essay, the organiser’s concern was to explore the artistic expression on various meanings of ‘fire’ in the 20th century, which simultaneously reminds us of heat and passion of life and anxiety of war and violence. There are artists’ statements along with images of their projects. Biographical information on each artist is available with images of their past projects. Ihm-Bum Lee gives his observation on the four Korean artists in relation to almost obsessive Korean concern with identity, which is historically explained. Li Xianting's essay provides a map of the diverse movements of Chinese contemporary art in the 1990s. Essay by Chiba reflects the past ten years of Japanese contemporary art as a decade of decline, and proposes that the Japanese contemporary art can learn from that of Korea and China. Near the end is a summary of the related symposium, only in Japanese.

Chapter headings
Making Connections with the Universe: Toward the Creation

Origin and Myths of FIre: A Guide to the Exhibition

Characteristics and Problems of Contemporary Korean Art: Loss of Identity and Floating Life

Diverse Direction of Contemporary Art in the Mid-90s 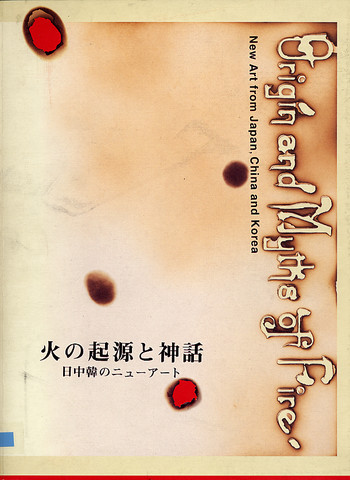 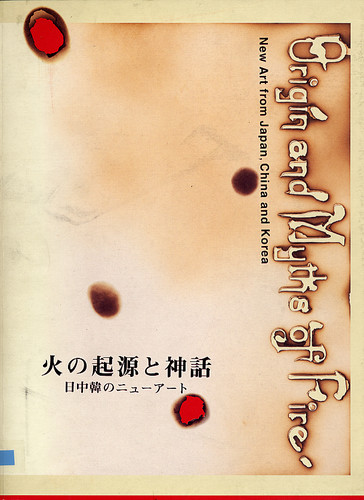