CHAPTER 2 Bernard Berenson: The Drawings of the Florentine Painters Classified, Criticised and Studied as Documents in the History and Appreciation of Tuscan Art, with a Copious Catalogue Raisonné, 1903

CHAPTER 4 Roger Fry: Cézanne: A Study of His Development, 1927

CHAPTER 9 E. H. Gombrich: Art and Illusion: A Study in the Psychology of Pictorial Representation, 1960

CHAPTER 11 Francis Haskell: Patrons and Painters: A Study in the Relations between Italian Art and Society in the Age of the Baroque, 1963

CHAPTER 12 Michael Baxandall: Painting and Experience in Fifteenth Century Italy: A Primer in the Social History of Pictorial Style, 1972

CHAPTER 14 Svetlana Alpers: The Art of Describing: Dutch Art in the Seventeenth Century, 1983

CHAPTER 15 Rosalind Krauss: The Originality of the Avant Garde and Other Modernist Myths, 1985 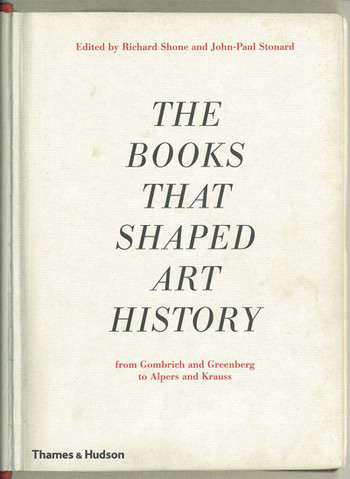