The Taiwan Pavilion at the 54th Venice Biennale features works by Hong-Kai Wang and Yu-Hsien Su that explore the social soundscape of Taiwan. For her project Music While We Work, Hong-Kai Wang invited retired workers of a sugar factory in her hometown to record sounds found in their former workplace and filmed them during the process. Yu-Hsien Su's Sounds of Nothing showcases the musical creations of marginalised members of society, such as scavengers, foreign boatmen, and the homeless, released by his newly-launched record label. Another component of the exhibition is the Sound Library/Bar organized by cultural critics Tieh-Chih Chang and Jeph Lo, and designed by architect Kuo-Chang Liu. It comprises an audiovisual installation and documentation outlining the evolution of Taiwan history by providing a narrative of the sound of social movements and of sound production since martial law was lifted in 1987.

Artists' statements and biographies are included. With information on opening performances by Fujui Wang, Chi-Wei Lin and DJ @llen. An English language edition of this catalogue is available. 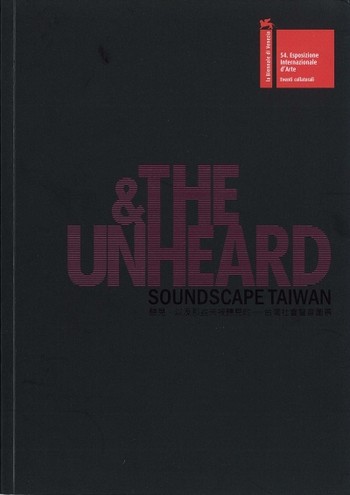