The catalogue was published in conjunction with the Nepalese artist Tsherin Sherpa's solo exhibition at Rossi & Rossi. According to the foreword, the works in Beautiful Decay was developed over the course of three trips to Nepal between August 2015 and May 2016 and became a chaotic reaction to the earthquake of 2015, littered wtih traditional and stylised thangka motifs. 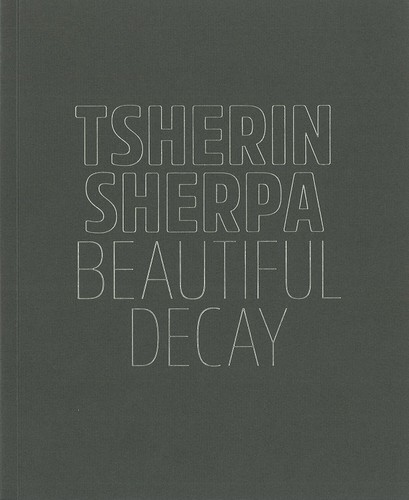