'The Museum of the Lost was founded in 2013 by Leung Chi Wo + Sara Wong. The museum preserves objects and images in which the captured subjects’ identities have been lost or forgotten, namely those who had been photographed incidentally or become part of a photographs background, and as such remain unrecognisable or unidentifiable. As part of a study of history these lost identities are studied, interpreted and further disseminated by means of exhibitions and publications. As part of this process during the summer of 2018 the Tsunan Museum of the Lost was opened temporarily to the public at Hong Kong House, which is located in Kamigo Village, as part of the Echigo-Tsumari Art Triennale.' -excerpted from Leung Chi Wo's website 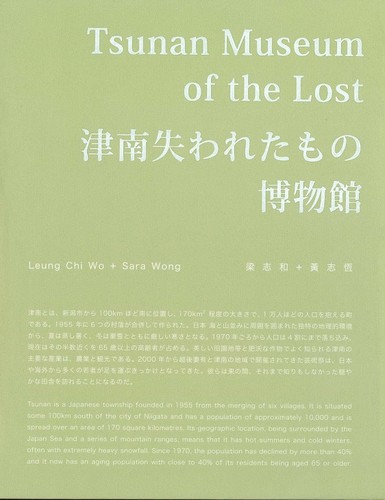