The years from the late 1960s to mid-1970s saw a global groundswell for reconsideration of painting, sculpture and other conventional genres to discover the "outside" of the form and system called art. As a means of expanding expressive possibilities, many painters and sculptors began experimenting with video cameras, which were becoming more widely available. The word "video" originates from the Latin videre (to see), and video, the first-person-singular form of the verb, means "I see".  This exhibition introduces film and video works produced from the mid-1960s to the present, from five perspectives: Mirror and Reflection; the Dematerialization of Art; Object(ive)/Body/Medium; Expanded Frame: Time and Space; and Site. Rather than simply presenting a survey of the history of video art, it intends to "clarify the potential of the expression in video and film works of the 1960s and the 1970s" and to "irradiate its actuality" by comparing them to more recent works.

Note: Only participating artists of Asian descent are mentioned below.
Access level 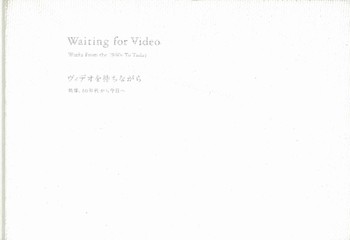