Now officially known as Ho Chi Minh City, Saigon recently enjoyed slightly more than its usual yearly dose of world media attention. The occasion - the 30th anniversary of the end of the war. This city slipped off the world radar in 1975 and stayed off it for decades, except for a momentary blip every April 30th. Meanwhile, Hanoi became the capital of a unified Vietnam, and for much of the outside world, including the art world, Saigon has remained a hidden city.

In the 11 years that I have been observing and interacting with Saigon, it has transformed itself from a cobweb-laden crumbling time-warp into an economic dynamo with a discernible middle class. The incredible wealth generated in the last decade has resulted, for some, in a radical change in lifestyles. And it seems that everyone is keen to get on the bandwagon. This city is marked by a frenetic nervous energy, by impatience, and the drive to make money and get ahead. It is very much a zone of urgency.

Saigon was established some 300 years ago although its origins were in fact as a Cambodian settlement. It was a place co-habited by Cambodians, Vietnamese, Chinese and Cham people - and this continued through colonial times, with the addition of the French, Indians and Arabs. Through most of the 20th century it remained a city of migration and mixing. Saigon has always looked out, to the sea, to trade and new opportunities, to the beyond, in contrast to the more land-locked introspective mood of Hanoi. In this aspect, it is very South East Asian, and the last 150 years of its history have much in common with other Asian colonial cities. In contrast to Hanoi it suffered defeat, and so it is a city that is still not allowed to fully remember itself. These two facts have a subtle, yet undeniable effect on the psychology of Saigonese, including artists, and can account for some of the differences between the art scenes of the North and South.

30 years after the end of the war, Saigon is back on the world's radar. Economic advances aside, Vietnam is now an extremely popular tourist destination. With a population of some 8 million people, Saigon is by far Vietnam's largest city. Most of its population is under 25, bursting with energy and eager to be part of contemporary world culture. These are the people who will be inheriting Saigon in the coming years, and they are very different to the people of a decade ago.

What kind of art scene exists in such a city?

Numerically, the most dominant group comprises older, mostly male artists, who trained under the curriculum set up by the French in 1925. Many others studied under the Russian model, which was set up after 1975 - and which still exist in the art universities today. Painting dominates with sculpture coming in second. Commercial painters are also plentiful. Some sell for several thousand dollars a piece, others earn their living by painting copies.

Visual artists with a contemporary practice are by and large young. These include a number of overseas Vietnamese, who are active on the local scene to various degrees and expatriate artists, whose names are generally well-known in the local community. Exhibitions by overseas-based artists do occur, but they are irregular and the quality varies.

Saigon has a small range of exhibition spaces that are listed in the Japan Foundation Asian Alternatives book. To these should be added Alpha Studio - a print studio and exhibition space recently opened by a Swiss artist - and IDECAF, the French-Vietnamese cultural center - which has a very full program of exhibitions and film and musical events.

Much more visible, however, is the commercial gallery scene which is thriving due to the tourist market and decorative tastes. None of these galleries represent their artists in the way that is generally understood to be the role of commercial galleries in the West. For this one must turn to Gallerie Quynh.

As the sole gallery in Vietnam which has an exclusivity agreement with her stable of artists and who actively markets their work worldwide, and as the outstanding gallery in terms of presentation and professionalism, Gallerie Quynh can - by a weird twist of logic - be argued to be one of Vietnam's truly alternative art spaces. Whatever one's opinion of commercial galleries per se, it is unquestionable how important it is to have this kind of space in Ho Chi Minh City.

Gallery openings tend to be well attended. Saigon has a public which is curious about contemporary visual art. Last year, an Asialink touring exhibition of the work of Australian artist, Judy Watson attracted 900 visitors in 9 days, despite very modest publicity and a new and far-away exhibition venue. The comments book was telling ?I have chosen just one comment to quote, but there were many others in the same spirit:

My husband and I would like to say thank-you to the artist and the organizers for bringing us this exhibition. It is so difficult to understand, the content, the source, meaning, color etc. So we need people to explain this to us and we need more exhibitions, especially from overseas artists in order to understand more of the cultures of the world.

With a public sector that is unsupportive of contemporary practice, a private sector still dominated by conservative and limited notions of the role of the gallery; with minimal funding and infrastructure, university curricula that end with modernism and the absence of a forum for critical or theoretical debate, it is not surprising that many art school graduates move into commercial practices rather than creating experimental or conceptual work.

Out of such a context emerged a little blah blah (albb), the artists' initiative of which I am a co-founder, together with Nguyen Nhu Huy, and Motoko Uda, a Japanese artist who has been based in Saigon for 5 years and who ran Gallery Moco from 2000 until 2002. Presently, there is no gallery or platform in Saigon run by practicing contemporary artists. Very few spaces offer anything beyond the basic level of support for artists. There is no gallery which offers anything to the public beyond openings and a photocopy of the artist's statement. As is common with artists initiatives, albb was formed in response to our perception - as artists - about what is necessary and desirable in this city at this point in time. In the local context, opening yet another gallery, or running yet another art project would not result in navigating beyond - and this is a mission which is well overdue.

a little blah blah is the first artist-run initiative of its kind in Vietnam. Our aim is to create a dynamic, flexible platform for artistic interactions in multiple forms - exhibitions, talks and presentations, workshops, self-learning opportunities, collaborations, open studios and residencies. albb aims to make a significant contribution to the quality of life for local communities by presenting a stimulating forum which promotes dialogue, reflection, and an appreciation of the role of the arts and creativity in contemporary life.

Such as platform serves an important function in any society, but especially so in Vietnam, which, despite finding itself swarmed by the paraphernalia of the information age (there is an internet cafe on every street), is still relatively isolated in terms of information flow. Moreover, with all the information that is accessible through the internet, the question remains as to why this information does not have a more noticeable effect on art production.

Of course, language is a barrier. But there are larger problems at work ?that of the ability to navigate information, to make information one's legitimate domain, and the absence of the cultural frame of reference which then enables one to integrate that information meaningfully into ones life or practice. Values such as independent inquiry and experimentation take a considerable amount of time to become established, so for the time being, change in the visual arts in Vietnam remains a personal problem. It can only be approached at the individual level. Through the platform that albb provides, audiences can encounter alternative ways of conceptualizing, theorizing, working and producing to that which is taught in art schools or can be seen in many of the galleries, and through this they can gain a closer understanding of the diverse ways in which art production can emerge out of artists personal or social histories. The desire for such frames of reference is exactly what was expressed in the comments book quoted above. It is still up to the individual to take this and integrate it into her own life or practice, however we hope that through the frequency, quality and close personal nature of the interactions provided by a platform such as albb, the critical chain reaction will happen.

I think of the thousands of 25 year olds that gather in the streets to watch events such as the 30th anniversary. Every year, the art universities turn out hundreds of graduates. They have done their stint to get the bit of paper that is their ticket into the art community. While to date, barely a ripple has been created, these kids are in fact the crest of a huge wave. Saigon - essentially expansive and shockingly youthful - is now the leading city for contemporary urban culture in Vietnam. This wave is where albb locates the emerging art scene and art audience in Ho Chi Minh City. It is the energy of this wave that we seek to tap into and ride. And we hope vice versa.

This article was adapted from a paper given by the author on the panel, Public Engagement in Contemporary Art at the Public Art In(ter)vention International Symposium, Chiang Mai, February 2005. 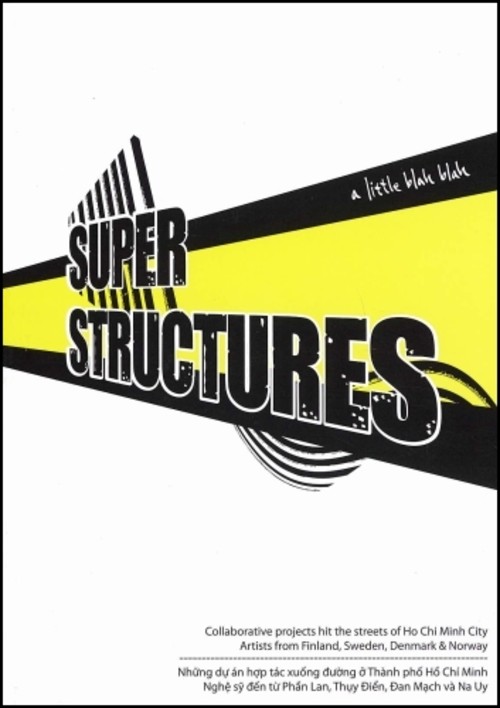 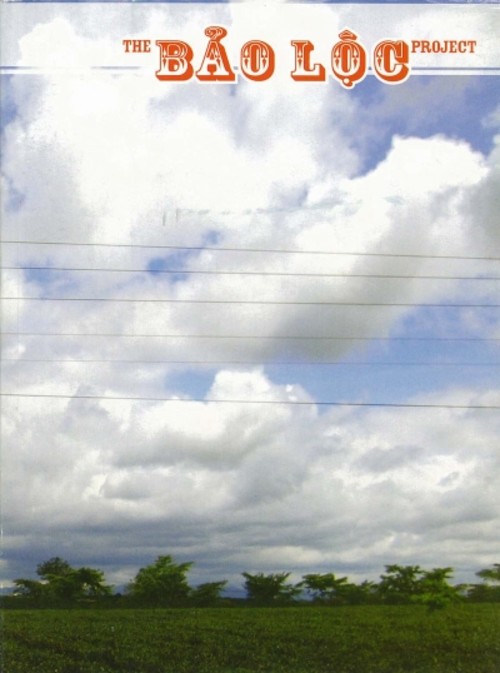