Off the Shelf | A Teenage Miscellany 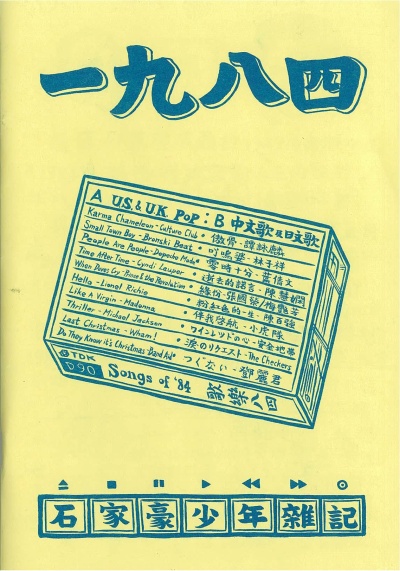 The classic dystopian novel Nineteen Eighty-Four, written by George Orwell, is likely the first thing that comes to mind when we talk about the year 1984. That was when the Sino-British Joint Declaration was signed, which added another layer of political significance to 1984. As such, artist Wilson Shieh calls this year the watershed in Hong Kong politics.

Shieh entered adolescence in 1984. He started perceiving the world differently through the eyes of his fourteen-year-old self; the eighties made a deep impression on him. Even though almost thirty years have passed, these memories are still vivid for Shieh. He revisits this special period of time in his life in a self-published zine that is written in diary-like manner. In his drawings and handwritten observations, Shieh documents the 1984 that belongs to him and other Hongkongers.

During the previous decade, Hong Kong experienced an economic take-off, the beginning of a march toward modernisation. People were earning a steady living back then, allowing them the leisure time to enjoy entertainment such as television, which resulted in the development of local culture. The 1980s became the golden age of Hong Kong popular culture. People nowadays still see the eighties as the best time for Cantopop. As well, classic Hong Kong film mirrors society during this period. We can consider the characters in movies as an embodiment of the Hong Kong people; at that time, these narratives constructed an image of Hongkongers that has persisted.

I was not alive during the 1980s, yet while I flipped through Shieh’s zine everything felt so nostalgic. As Shieh writes, the fate of Hong Kong has changed ever since the signing of the Declaration. The future looks bleak to many Hongkongers. Instead of hoping for a better future, some people seem to be living in the past, reminiscing about colonial history. The younger generation also harbours many fantasies about a past that they have never experienced.

Though I have not witnessed life in the eighties first hand, many of the Hong Kong movies that I have watched, together with all the classic Cantonese songs that linger, have connected me with the era. This historical past has become part of Hong Kong’s collective memory, which continues to foster a sense of belonging among us. 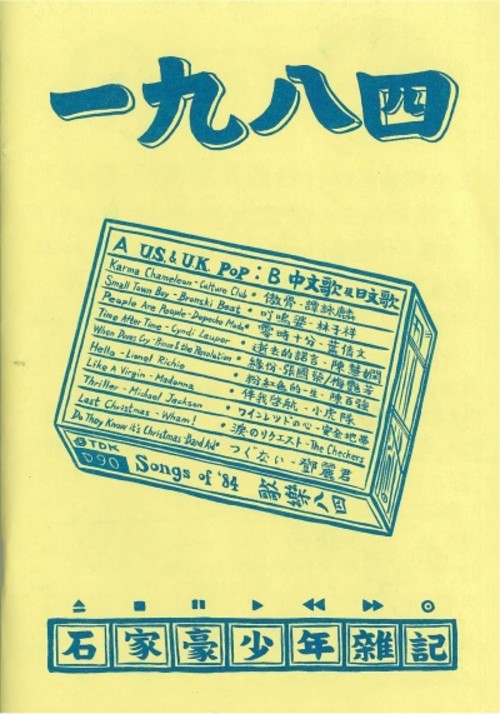