Learning at Home | Working in Parts to Create Together

Introduction
Looking for Inspiration: The Case of It’s How You Play The Game
Exercise: An Online Curatorial Game
Bonus Exercise: Instagram Exquisite Corpse
Learning Goals
About the Artist

This series of home-based, creative exercises reexamines the role of art during moments of crisis in the contemporary world.

The spread of coronavirus COVID-19 has developed into a global crisis. As the pandemic causes school suspensions and city lockdowns all over the world, Asia Art Archive expands the Learning at Home series to collaborate with international artists. These exercises bring in different perspectives and approaches to encourage teachers and students to reflect upon their experience of the virus outbreak, relevant social issues, and the purpose of art in times of emergency.

Teachers are invited to share the process and result of students practising these exercises on Learning & Participation's Facebook group: Contemporary Art in Asia: Teachers’ Community. Before the COVID-19 pandemic began, I was about to start the second rough cut of my new feature film, which is a cultural history of our long “war on disease.” So I had already been occupied for quite some time in archiving material related to pandemics and their rhetoric. When New York went into lockdown, I found myself in the strange position of reflecting on the history of quarantine while living through one. And I also needed to restructure the film around this new reality—both conceptually and practically, since I am now collaborating with my producer, researcher, and co-editor remotely. We were already using the digital humanities tool Zotero to collect and organise the project research; we're now using online notecards for shared story breakdowns and experimenting with various strategies for remote editing. At the same time, I was tasked with re-imagining my fall courses at Bennington College for online teaching and in particular for asynchronous learning—a form of teaching designed to help students access the same materials and understand the same ideas at different times in different locations.

Looking for Inspiration: The Case of It’s How You Play The Game

Which is all to say: I have been thinking a lot in the past few months about how we can, as artists, teachers, and students, find ways to work together, even when apart, in forms other than the ubiquitous and exhausting group video conference. I started thinking about sequential interactions—games like Consequences or the Surrealist “exquisite corpse” drawings, which propose a chain of reactions that add up to a whole, not revealed to all the participants until complete. And then I remembered It’s How You Play the Game, the 1994 show at Exit Art. It was curated by, in turn, Thelma Golden, then chief curator of the Studio Museum in Harlem; Nancy Spector at the Guggenheim; Robert Storr, curator of Painting and Sculpture at MoMA at the time; and Exit founders Jeanette Ingberman and Papo Colo. From their description:

[I]t’s How You Play The Game was a collaborative, conceptual project that investigated the curatorial process and revealed how curators’ choices are reflective of their aesthetic and critical values. The show was conceived of as a game in which the participants, five curators of contemporary art, each took turns selecting and installing works of art chosen in response to the other curators’ selections...It’s How You Play The Game stimulated dialogues among curators, artists, and the public on issues such as: the role of the institution, the philosophy of collections, the criteria determining curatorial choices, the artists’ position within this process, and exhibition installation and its influence on our understanding of a work of art.
—Exit Art online exhibition history, archived

The way the exhibition grew was indeed playful, if you go by Roberta Smith’s NYT review at the time (see attached), or the notes I saw while rummaging around in the Exit archive back in the early 2000s. Jeanette and Colo started the show off by installing a scant four works. Next week another curator responded to those four, installing new works. The following week, a third curator responded to the new arrangement. The fourth curator did the same the fourth week. On the fifth week, it was Jeanette and Colo’s turn again. And so on. The responses were sometimes sparked by the formal qualities of artworks, and sometimes followed conceptual threads—for example, the cluster of works that were made of or resembled bricks in the back gallery, and the cluster that referenced tears and/or glass in the front gallery. They also played with the space of installation and the sequence in which viewers encountered works, changing the way a given work would be interpreted by altering the constellation of works around it.

For Learning at Home, I am proposing an online version of this curatorial game. One person starts the game by assembling a modest digital “exhibition.” Subsequent people add to/subtract from/rearrange it. Each “curator” writes a new curatorial statement explaining the rationale behind their new version of the exhibition.

The “exhibitions” could take on several different forms. Some examples:

Teachers can determine their own variations on this structure: setting limits on the sources and formats of exhibition, if you like; having students work to curate in pairs, small groups, or individually, depending on class size; and having one, two, or three rounds of responses from each curator/group, depending on the other factors. Think of this as a way to encourage asynchronous collaboration.

A random order is drawn to determine the sequence of students posting. Student #1 posts an image or video to Instagram, then sends the post to student #2 with the hashtags #exquisitecorpse and #part1. Student #2 posts a response, then sends that to the student #3 with #part2, and so on. The final student in the chain sends their post to the teacher. The teacher assembles all the parts into a GIF or video, in the original order, and sends the final work back to all the participants. Emphasise that in order for this exercise to work, each post really must respond to the previous one in some way (formally or conceptually). If it does you might end up with an interesting non-narrative film form (cf. Bordwell and Thompson)—abstract, associational, categorical, or some mix of the three.

The requirement that each element or version respond directly to the previous one is called serial form. After the game is complete, look at the final version of the exhibition, and then look back at the sequence in which your responses and choices were made. If the sequence of participants had been different, would the final product also be different? If you had all gathered together and made decisions collectively, would the exhibition be the same or different?

Series also exist in mathematics (famously, the Fibonacci sequence, which describes the fractals found in natural forms like shells and flower petals). Can you think of other phenomena that could be characterised as serial forms?

Think back to an exhibition you saw in person, or look at an online exhibition, organised by a professional curator. How does your experience in the game change your perception of the role of the curator? Can you analyse some of the choices that went into constructing the exhibition, in the light of your own choices in the game? For example, how does the order in which works are presented to the viewer, or the way the exhibition is titled and presented in the curatorial statement, change the way you understand individual works and their interrelationships?

In recent years, “curation” has become a buzzword that is applied to many arenas beyond the museum or gallery. Can you think of some examples of a non-art space or collection designated as “curated”? Do you consider these to be curated? Why or why not?

The Surrealists, like their forerunners in the Dada movement, were interested in the role of chance in art. They used games like Exquisite Corpse to invite controlled randomness into the artistic process. They also explored spiritualist practices like automatic writing (in which a medium invited spirits of the dead to write through her hand) for some of the same reasons. Sometimes a strange serendipity would produce a truly exquisite corpse, a fantastical monster that could never have been dreamed by any of the individual players of the game, but which came together perfectly in their collective unconscious. Did your Exquisite Corpse produce any such fortunate accidents? Can you think of other examples of artistic practices that incorporate chance? How is randomness most often generated in the twenty-first century, as opposed to the twentieth?

Mariam Ghani is an artist, writer, and filmmaker. Her work looks at places, spaces, and moments where social, political, and cultural structures take on visible forms. Her films, photographs, and installations have been presented and collected by museums, festivals, and biennials internationally since 2002, notably at the Sharjah, Liverpool, Yinchuan, and Lahore Biennials; MoMA, the Met Breuer, the Queens Museum of Art, and the Guggenheim in New York; the CPH:DOX, DOC NYC, Sheffield Doc/Fest, and Rotterdam film festivals; and Documenta 13. Her interactive work has been covered by Fast Company and the Guardian and preserved by the Rhizome ArtBase. Her critical writing on archives, databases, language, and speculative and shadow histories has been published in e-Flux, Filmmaker, Foreign Policy, Frieze, Ibraaz, the NYRB, Triple Canopy, and a number of anthologies. Ghani’s first feature-length film, the award-winning and critically acclaimed documentary What We Left Unfinished, is about five unfinished films from the Communist period in Afghanistan. It premiered at the 2019 Berlinale and is distributed by Good Docs. She has been an artist-in-residence at the New York Public Library and the Center for International Human Rights at Yale Law, and received the inaugural Changemaker Storyteller Award from the Center for Constitutional Rights, among other honours. Ghani is on the Film/Video faculty at Bennington College.

The AAA Learning and Participation Programme is supported by the S. H. Ho Foundation Limited and C. K. and Kay Ho Foundation. 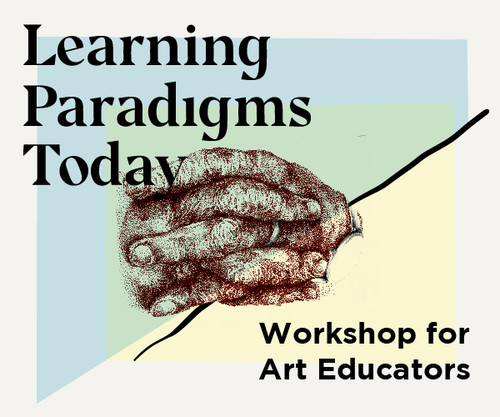