In this talk, John Young introduces early minimal and conceptual pieces (1978–82), including pieces he created on a pilgrimage in Connemara, Ireland, works made in Australia and 'Snow Walks' created in Harbin, Manchuria in 1979. By bringing in Eastern processes and values in these late Modern works, they became a foundation to working methods that Young developed for the following 25 years. Together with this journey, he will also introduce his recent series of works since 2000.

About the speaker
John Alexander Young Zerunge was born in Hong Kong in 1956 and moved to Sydney in 1967. He has recently held a large survey exhibition titled 'Orient/Occident' covering 27 years of works at the TarraWarra Museum of Art, Victoria, between November 2005 and April 2006. To coincide with the exhibition, Craftsman House, Thames & Hudson, published a monograph with a study by Dr Carolyn Barnes and a foreword by William Wright. The artist currently lives and works in Melbourne with his partner, Kate Mizrahi, and their two children, Jasper and Charlotte-Persia. 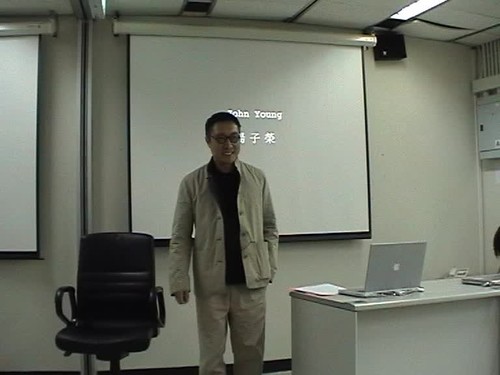 Talk: John Young: Before the OpenWorld