Sher-Gil Sundaram Arts Foundation (SSAF) and Asia Art Archive in India (AAA in I) are pleased to announce two grantees for the SSAF–AAA Research Grant for Archiving Histories of Ideas, Art, and Visual Culture 2022: C. Yamini Krishna for her project “‘Sabras’—A Glimpse into the Deccani Renaissance,” and Haneena P. A. & Jazeela Basheer for their project “Adhunika Vanitha: Revisiting Mappila Women’s Magazines from Early 20th Century Kerala.”

Made possible through a collaboration between SSAF and AAA in I, this grant is offered for a period of one year to a research project selected by a jury following an open call in January 2022. This year’s three-member jury comprises historian Prachi Deshpande, film and culture theorist and SSAF Trustee Ashish Rajadhyaksha, and AAA in I Senior Researcher and Projects Lead Sneha Ragavan. Given that both projects are equally promising in terms of their research areas, methodologies, and urgencies, SSAF and AAA in I, together with the jury, decided to award the grant to both projects.

C. Yamini Krishna’s project, “‘Sabras’—A Glimpse into the Deccani Renaissance” proposes to research and document the Urdu magazine Sabras, founded in 1938 by the linguist, historian, and littérateur Syed Mohiuddin Qadri Zore in Hyderabad, India. The magazine was published by the Idara-e-Adabiyat-e-Urdu, a pedagogical and intellectual organisation founded by Zore, which “worked towards the spread of modern ideas among the youth and also undertook publication of scholarship on various aspects of society during the mid-twentieth century.” Sabras, meaning “all tastes,” captured the intellectual ferment and shared political imaginations of Dakhaniyat (Deccani identity) before it ceased publication in 1962.

With the support of this grant, Krishna’s project aims to digitise the entire collection of Sabras and curate an annotated collection of discussions, essays, and art and illustrations of Dakhaniyat from Sabras, and to host these on a digital interface. Her research will also unearth the role of the Idara-e-Adabiyat-e-Urdu and its contributions to the political and intellectual history of the Deccan.

C. Yamini Krishna works on Deccan history, film history, and urban history. She has a PhD in Film Studies from The English and Foreign Languages University, Hyderabad, India. Her work has been published in South Asia, South Asian Popular Culture, Widescreen, and Historical Journal of Film Radio and Television. She has been the recipient of the Satyajit Ray Film & Television Institute Independent Research Fellowship, and the Philip M. Taylor IAMHIST-Routledge Prize for the Best Article by a New Scholar. She is a part of the Khidki Collective. She currently teaches at FLAME University, Pune, India.

Haneena P. A. & Jazeela Basheer’s project “Adhunika Vanitha: Revisiting Mappila Women’s Magazines from Early 20th Century Kerala” aims to research and document four women’s magazines from Kerala written in Arabi Malayalam and Malayalam. In the late-nineteenth and early twentieth centuries, print was recognised as a powerful tool by the Mappila Muslims in northern Kerala to propagate socio-religious reforms, including modern education, within their community. The project will document four magazines: Muslim Mahila (1923), Nisa Ul Islam (1929), Muslim Vanitha (1938), and Vanitha (1944), which addressed a variety of issues pertaining to Muslim women, in particular the importance of women’s education. The broad objective of the project is to unearth the micro-histories of minority women and develop counter-narratives to dominant strands of Kerala history, with a focus on literature.

Haneena & Jazeela’s project also aims to identify and mark through textual analysis the differences between women’s magazines owned and run by male publishers, and those by women such as M. Haleema Beevi. While the former stressed the importance of women’s education for the general betterment of the Mappila community, the latter “addressed the need for women to have their own identity, independence, and saw education as a way for women to gain rights.” The project intends to generate a visual digital archive consisting of the digitised issues of the magazines, a selection of women’s narratives translated into English, and interviews conducted as part of the research.

Haneena P. A. is a researcher and content producer practicing in Mumbai and Kerala. She completed her postgrad studies in Media and Culture Studies from Tata Institute of Social Sciences, Mumbai. She has worked as a journalist and reported on politics, culture, and human rights in India. Her work spans research, production, and storytelling.

Jazeela Basheer is an exhibition designer, and a graduate from the National Institute of Design, India. She has designed for theatre and worked with museums and galleries. Her work spans spatial planning, installation design, photography, and publication design.

In 2021, Haneena & Jazeela started a research initiative that documents the Mappila women and their contribution to literature in the twentieth century.

Prachi Deshpande is a Fellow in History at the Centre for Studies in Social Sciences, Calcutta. Her research interests cover language and modernity; script and language; multilinguality; cultures of historiography; memory; translation; scribal cultures, Maratha states; nineteenth- and twentieth- century western India; and Marathi literature and culture. Deshpande is the author of Creative Pasts: Historical Memory and Identity in Western India, 1700–1960 (2007). She is currently working on a book on Marathi language practices, focusing especially scribal writing in the cursive Modi script from the eighteenth through the twentieth centuries.

Ashish Rajadhyaksha is an independent scholar and cultural theorist. He is the author of a number of books on film, including Ritwik Ghatak: A Return to the Epic (1984), Encyclopaedia of Indian Cinema (co-authored with Paul Willemen, 1994, 1999), and Indian Cinema in the Time of Celluloid: From Bollywood to the Emergency (2009). He also edited Kumar Shahani: The Shock of Desire and Other Essays (2015). He has curated (with Geeta Kapur) Bombay/Mumbai 1992–2001 (Tate Modern, London, 2002); You Don’t Belong, a festival of independent video and documentary films in China (2011); and तह–सतह: A Very Deep Surface, Mani Kaul and Ranbir Singh Kaleka: Between Film and Video (Jaipur, 2017); as well as other festival programmes. He has been a visiting faculty at the Korean National University of Art in Seoul, Lingnan University in Hong Kong, and the University of Chicago.

The Sher-Gil Sundaram Arts Foundation was established in 2016 with the mandate to carry forward the legacy of scholar and photographer Umrao Singh Sher-Gil (1870–1954); his daughter and pioneer in modern Indian art, Amrita Sher-Gil (1913–41); and her nephew and niece Vivan Sundaram and Navina Sundaram (1945–2022).

Asia Art Archive in India (AAA in I) was established in 2013 in New Delhi, with an onsite digital collection open to visitors. It organises projects, workshops, and programmes to build archival collections and educational resources, and to facilitate dialogue and critical thinking around modern and contemporary art from India. AAA in I works in partnership with multiple individuals, organisations, and institutions in fields that share AAA’s values. 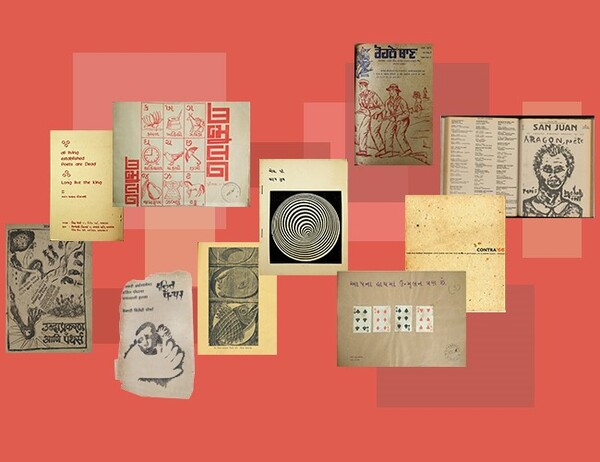