Asia Art Archive in India and Sher-Gil Sundaram Arts Foundation are pleased to announce that Koonal Duggal has been selected as the grantee for the SSAF–AAA Research Grant for Histories of Ideas, Art Writing, and Visual Culture 2018.

Made possible through the collaboration between Asia Art Archive in India (AAA in I) and Sher-Gil Sundaram Arts Foundation (SSAF), the grant is offered for a period of one year to a proposal selected by the jury after the open call in November 2017. This year's jury is comprised of writer, professor, editor, and women's activist Susie Tharu; film and culture theorist Ashish Rajadhyaksha; and AAA Researcher Sabih Ahmed. Koonal’s grant will commence on 15 March 2018.

Koonal’s project, "At the Intersection of Narratology and Visuality: A Case Study of Periodicals from the Communist Movement in Punjab (1960s–1990s)," proposes to study communist, in particular Naxalite, periodicals from the late 1960s until the movement’s aftermath in the mid-1990s in Punjab. With a focus on the intersection of politics and aesthetics, the magazines that this research examines include Rohley Baan (Raging Arrows), Siar (Furrow), and Surkh Rekha (Red Line), all of which featured visuals across several idioms, both on their covers and within their pages. With this grant, Koonal aims to explore the visual and literary aesthetics of the "dissident art" of socialism, as well as networks of production and dissemination in these periodicals, by locating them within the historical, regional, and cultural milieu of Punjab.

The jury was impressed with Koonal's ability to find material not easily accessed (given the sensitivities involved) and bring to them several questions rarely asked of political visuality in modern India. He offers a unique understanding of visuality in relation to poetry that came out of the movements, and of the way images revealed a larger circulation of political ideas, e.g., from China, the former Soviet Union, and elsewhere. The history of Punjabi communism is a long one, linked to diasporic movements, to the radical fringes of the freedom struggle, and to the legacies of major icons such as Bhagat Singh. Its political significance is thus further linked to their ubiquitous presence in popular art, film, literature, and music. Koonal's project is an important and timely contribution to a major and, at present, underdeveloped area of research.

Koonal Duggal is a scholar currently lecturing in the Department of Art History & Art Appreciation at Jamia Millia Islamia, New Delhi, India. He completed his MA in Art History and Aesthetics from M.S. University, Baroda, and has a PhD in Cultural Studies from the English and Foreign Languages University, Hyderabad. The title of his PhD thesis is “Crossing Religious Boundaries: Representation, Caste, and Identity in Contemporary Punjab.” His research interests revolve around the politics of caste, religion, and popular visual culture.

Susie Tharu was Professor of English Literature and Cultural Studies at the English and Foreign Languages University (EFLU), a founding member of Anveshi, and a member of the Subaltern Studies Editorial Collective. Among her most important publications are Women Writing in India: 600 B.C. to the Present (1991), and two volumes of contemporary Dalit writing from South India titled No Alphabet in Sight (2011) and Steel Nibs are Sprouting (2013).

Ashish Rajadhyaksha is an independent cultural theorist. He has written and published widely on the area of Indian cinema, India’s cultural policy, and on the visual arts. He is Co-editor (with Paul Willemen) of the Encyclopaedia of Indian Cinema (published in 1999 and 2001 by the British Film Institute). His books include The Last Cultural Mile: An Inquiry into Technology and Governance in India (2011) and Indian Cinema in the Time of Celluloid: From Bollywood to the Emergency (2009). He has curated a number of film and art events, including (with Geeta Kapur) Bombay/Mumbai 1991-2001 for the exhibition Century City: Art and Culture in the Modern Metropolis (2002); You Don’t Belong (China/Hong Kong, 2012/13); and Tah-Satah: A Very Deep Surface: Between Film and Video (Jawahar Kala Kendra, Jaipur).

Sabih Ahmed is an AAA Researcher based in New Delhi. He conceptualises and leads research initiatives on modern and contemporary art; has led projects digitising artist archives, creating digital bibliographies of art across multiple languages; and has organised colloquia and seminars around archiving and educational resources.

The Sher-Gil Sundaram Arts Foundation (SSAF) was set up in the year 2016 with the mandate to carry forward the legacy of scholar and photographer Umrao Singh Sher-Gil (1870–1954); his daughter and a pioneering figure of modern Indian art, Amrita Sher-Gil (1913–1941); and her nephew and niece, artist Vivan Sundaram and filmmaker and television journalist Navina Sundaram.

SSAF seeks to enable conjunctions of artistic and cultural practice that deal with historical memory and build expectations for the future. It commits itself to advancing creative independence for art that is founded on freedom of expression, and that is secular and internationalist. It will work in solidarity with initiatives addressing concerns of the oppressed and the marginalised, and alternative and heterodox practices.

About AAA in India

Asia Art Archive in India (AAA in I) was established in 2013 in New Delhi, with an on-site digital collection open to visitors. AAA in I organises projects, workshops, and programmes to build archival collections and educational resources, and to facilitate dialogue and critical thinking around modern and contemporary art from India. AAA in I works in partnership with multiple individuals, organisations, and institutions in the field that share AAA’s values. 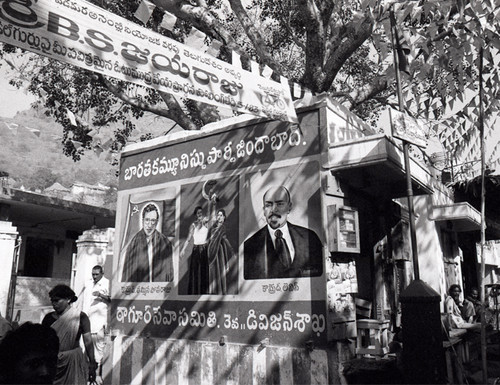