T.S.Elliot Prize winner and Hong Kong-born British poet Sarah Howe presents a reading and talk, ‘Six Windows’, on 9 November 2016 at Asia Art Archive (AAA). The programme based around six new poems which provide alternative entry points into AAA's collection, and is part of 15 Invitations, AAA’s special programme series marking the Archive’s 15-year anniversary. You are cordially invited to the event. 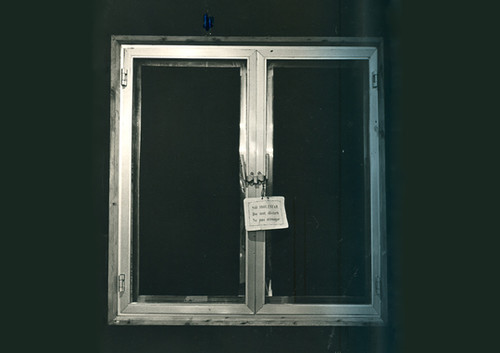 ‘Six Windows’ also plays on the charged dynamic involved in responding to visual artwork verbally and in text. It points to how, as a poet or an art writer, verbal constructs refocus the way of seeing original works—like viewing them through a new lens or a window frame—clarifying some things, while obscuring others. Howe's poems also dwell on the metaphor of the browser by using ‘windows’ in a digital context as her research has primarily been remote and web-enabled.

Sarah Howe Sarah Howe is a poet, academic, and editor. Her first book, Loop of Jade (Chatto & Windus, 2015), won the T.S. Eliot Prize and The Sunday Times / PFD Young Writer of the Year Award, and was shortlisted for the Seamus Heaney Centre Poetry Prize and the Forward Prize for Best First Collection. Her poems have appeared in journals including Poetry Review, Poetry London, The Guardian, The Financial Times, Ploughshares, and Poetry, as well as anthologies such as Ten: The New Wave and four editions of The Best British Poetry. She has performed her work at festivals internationally and on BBC Radio 3 and 4. She is the founding editor of Prac Crit, an online journal of poetry and criticism. Previous fellowships include a Research Fellowship at Gonville and Caius College, Cambridge; a Hawthornden Fellowship; the Harper-Wood Studentship for English Poetry and Literature; and a Fellowship at Harvard University's Radcliffe Institute.