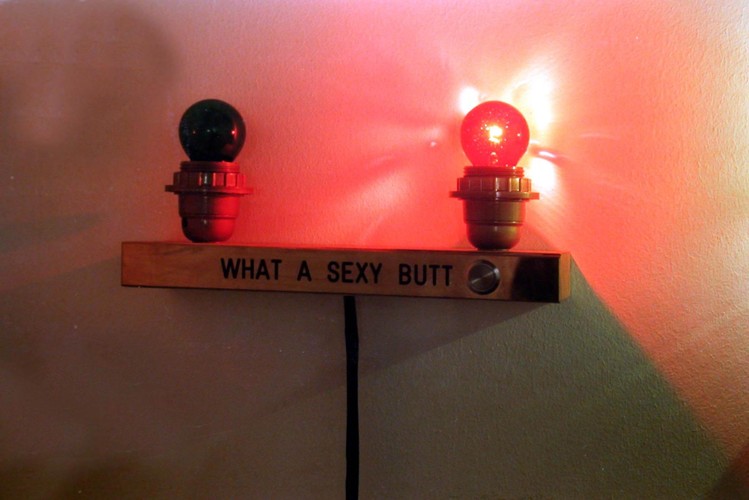 This image captures an artwork by Shilpa Gupta as exhibited in 'subTerrain: Artworks in the Cityfold,' curated by Geeta Kapur and held at the House of World Cultures, Berlin.